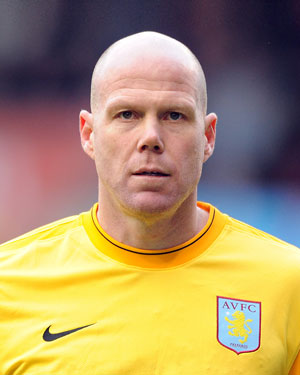 Brad Friedel just keeps going and keeps breaking longevity records. The 41-year-old netminder remains one of the best shot stoppers in the English Premier League and would give Tim Howard a run for the No. 1 spot on the United States national team if he decided to suit up again, something he hasn't done since retiring from international duty in 2005.

The tall, intimidating goalkeeper, who backed up Tony Meola in the 1994 World Cup, played for the Columbus Crew in 1996 and 1997 before jumping to Liverpool. Friedel found some success with club and country—he started the third match of the disastrous 1998 World Cup—but he didn't reach his peak until joining Blackburn in 2000. He helped them reach the EPL and has been starting in the best league in the world ever since.

Friedel and Kasey Keller battled back and forth for the U.S. No. 1 shirt after the '98 World Cup, with Friedel eventually winning the job. His finest moment in the Stars and Stripes came during the 2002 World Cup. He made save after save, helping the U.S. reach the quarterfinal. The goalie's best individual performance came during a 1-1 tie to South Korea that saw the Americans badly outplayed. "Clearly, Friedel was the man of the match. There was a penalty, a call that we didn't quite see, but he came up with a big save. And he made lots of others," Bruce Arena told Sports Illustrated at the time.

After the tournament, Friedel returned to Blackburn, continued to find success, and retired from international play in 2005. Every time the World Cup rolls around, some pundits call for him to dust off the Red, White, and Blue, but Friedel seems happy playing only for his club. "There just wasn't an ounce of me that wanted to come out of international retirement. Having said that, I want the team to win every time they play, and I try to watch them every time they play," he said in 2008.

The 'keeper moved to Tottenham before the 2011-2012 season and beat out Hugo Lloris for the starting job at the beginning of the 2012-2013 campaign. It's hard to see Friedel ever slowing down, though it's harder to see him rejoining the U.S.—NOAH DAVIS