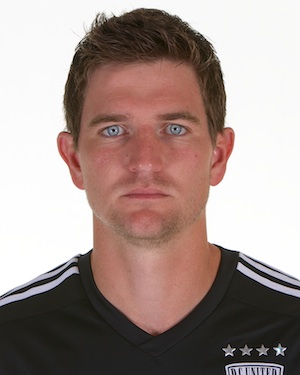 For a guy who was never drafted, Bobby Boswell has had a hell of a career, averaging almost 29 starts a season the first 10 years of his career.

After not hearing his name called following a standout career at Florida International, he was signed as a free agent by D.C. United in 2005 and promptly took over the starting center back role that was vacated when Ryan Nelsen left for England.

In three seasons with United Boswell won a pair of Supporters’ Shields and in 2006 he was named MLS Defender of the Year. United feared Boswell would follow Nelsen’s path to Europe and traded him to Houston in 2008 but after flirting with Europe, he re-signed with the Dynamo and helped them to a pair of MLS Cup appearances in six seasons in Texas before returning to United in 2014 to help mentor a younger backline.

Despite his consistent MLS play and his Defender of the Year award, Boswell had trouble cracking the national team. He earned his first cap in the winter following is rookie year and two more by 2007 but the national team stopped calling despite being a constant on good MLS teams. – BROOKE TUNSTALL