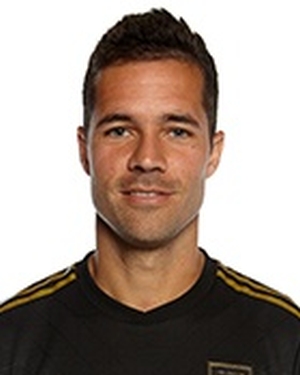 If you want to catch a glimpse of Benny Feilhaber’s considerable talent, take another look at the U.S.’s 2-0 victory over Spain in the 2009 Confederations Cup.

In a sequence that showcased both his technical ability and vision, Feilhaber danced past four Spanish defenders, found Landon Donovan on the right flank, and delivered a perfectly weighted pass. Donovan crossed the ball in and Clint Dempsey scored the subsequent goal, but it was Feilhaber who created the opportunity out of nothing. The Brazilian-born midfielder made that goal.

Unfortunately for Feilhaber, magical moments like that one have been few and far between in recent years. Despite his technical gifts, his offensive mindset, and his considerable international experience, Feilhaber remains on the outskirts of the U.S. national team under Jurgen Klinsmann. The player who logged 681 minutes with the U.S. senior side in 2009 and played in three World Cup matches in 2010 has seen just 106 minutes of action since the start of 2011—and those were B team matches.

After a couple of seasons of sparse playing time in Europe Feilhaber, who signed with German club Hamburg in 2005 after two seasons at UCLA, decided to give MLS a try in 2011 in a quest for consistent minutes to help jump-start his national team career. But even after helping Kansas City to the 2013 MLS Cup title, he earned only one brief look from the U.S. in 2014 and was not included on the team that went to Brazil. When Klinsmann was fired in 2016, Feilhaber had little luck getting back into the national team under Bruce Arena.

In the recent offseason, however, Feilhaber move to LAFC where he is reunited under former national team head coach Bob Bradley.