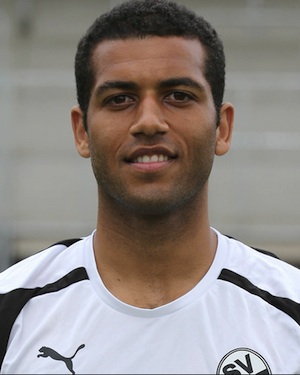 Andrew Wooten, the son of a German mother and an American military father, is developing into a tall, goal-poaching forward with plenty of skill on the ball. Although he grew up primarily abroad, he spent a year in Virginia and enjoyed every minute of the experience. "I'd rather play for the United States [than Germany]," he told Yanks-Abroad.com.

But will he get a call? And if so, when? Not immediately, but it could happen in the near future if his upward trajectory continues. Wooten scored 20 goals for Kaiserslautern's U-23 team in 2011 before making his professional debut in April 2012. He scored his first goal against Hertha Berlin that same month. The forward also signed a three-year extension in May—despite having other options. "I came back to FCK because I felt it was the shortest way to make it to the Bundesliga," Wooten said. "Here at Kaiserslautern, everybody knows me. It's a lot harder for me to do my best with a new team."

His club dropped to the 2. Bundesliga for the 2012-2013 season, and then loaned Wooten to another second-division German team, Sandhausen. There he’ll have more opportunity to play, a year to impress against solid (but not fantastic) competition, and another season to hone his skills.

Jurgen Klinsmann loves the German-American forwards (see Boyd, Terrence) and Wooten, who received a few calls to U-23 camps before Olympic qualifying, could be making a senior squad appearance in the near future.—NOAH DAVIS