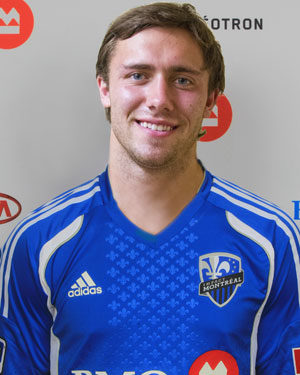 After years of being lauded for his versatility, Andrew Wenger has finally began to scratch his vast potential once he found a position to call his own—and was allowed to stay there.

During a three-year college career at Duke, Wenger was the Atlantic Coast Conference’s freshman of the year as a holding midfielder, its defender of the year as a sophomore, and then switched to forward as a junior and promptly won the Hermann Trophy as the top player in college soccer. That made him the top pick in the 2011 MLS draft and Montreal was expected to return him to center back.

But then-coach Jesse Marsch continued to play Wenger as an attacker and he struggled to consistently crack the starting lineup, making just 18 starts in two-plus seasons with Le Quebecois as he shuttled between midfield and forward. In April of 2014 Wenger was traded to Philadelphia, about 90 minutes from his hometown, and was immediately inserted into the lineup at left midfield.

Maybe it was being close to home but the new position suited Wenger and he started more games in his abbreviated season with the Union—19—than he did in Montreal. And his six goals with Philadelphia in 2014 were as many as he scored with the impact. (Counting the one goal he scored for Montreal in 2014 before the trade, he finished the season with seven goals, two more than he had his previous two seasons combined.)

Because of his defensive background, Wenger brings a nice two-way presence to the position and at just 24 at the start of the 2015 season still has a chance to reach the stardom expected of him based on his college career. —BROOKE TUNSTALL