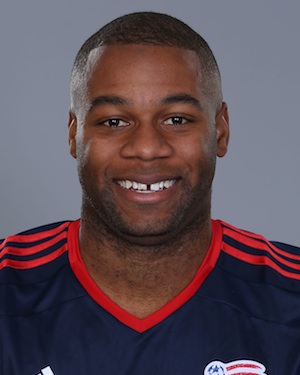 That Andrew Farrell isn’t further up the U.S. national team’s depth chart is testament to how great a strength right back is for the U. S. right now. The top pick in the 2013 MLS draft after three years at the University of Louisville, Farrell has been a starter for New England from day one, showing comfort on the ball that combines nicely with his strength and speed. The son of missionaries, Farrell spent much of his life living, and learning the game, in Peru while abroad—which is likely a major source of his technical skill. In another era Farrell would be a frontrunner to start for the U.S. but instead he finds himself behind World Cup veterans Fabian Johnson and DeAndre Yedlin and utility players like Timothy Chandler, Eric Lichai, and Michael Orozco. Still, strong showings in MLS make him a likely candidate for the annual January camp that’s usually made up of domestic and Scandinavia-based players. A strong showing there and Farrell could force his way onto Jurgen Klinsmann's watch list.
–BROOKE TUNSTALL