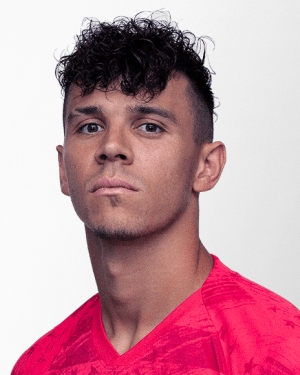 Alfredo Morales represents one vision of the future of U.S. Soccer. The German-born talent has a Peruvian father, a German mother, skills honed in Europe, and impressive potential. He is good on the ball and can play right back, center back, or in the midfield. Jurgen Klinsmann is a fan of the 6-foot player, liking his bit and aggressiveness..

Morales grew up playing in Berlin, playing for multiple youth teams before joining Hertha BSC in 2000. He progressed through the academy as a defensive specialist—playing right and center back as well as defensive and right-sided midfielder—and became a fixture on the reserves in 2008, the same year the United States U-20s came calling. Morales appeared in the 2009 Cape Verde Tournament for the Stars and Stripes.

The year 2011 saw the growing talent earn his first Bundesliga minutes and secure a spot on the senior national team. Although he missed out on Olympic qualifying, Morales joined Klinsmann's squad prior to friendlies against France and Slovenia, and the coach called him in before the "five-team tournament" in May 2012.

With playing time tough to find at Hertha, Morales transferred to second-division side Ingolstadt, where he became a regular starter at defensive midfield, where he isn't shy in the tackle. He made his debut with the U.S. senior team at age 23 in a friendly with Canada in January of 2013 and was part of the first two camps for the U.S. after the 2014 World Cup, making an appearance off the bench in a win over the Czech Republic. —NOAH DAVIS

Klinsmann on Morales:
"We are excited to introduce Alfredo Morales to the U.S. team. I have spoken with his coach at Hertha Berlin and he is full of compliments. He is on the way to being a starter there, and he can play as either a No. 6 or as a right back." (November 2011)