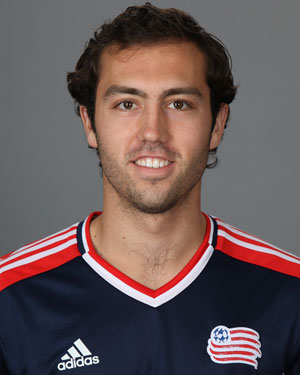 If there was an award for the most overlooked player in Major League Soccer, A.J. Soares could have easily won it as four seasons of strong play never resulted in individual awards or national team recognition.

After a solid four-year career at UC-Berkeley, the six-foot Soares was drafted sixth overall by New England in 2011 and promptly started almost every game at center back when he was healthy. Over four years with the Revolution, Soares played in 108 games, starting 107 of them, and anchored the defense that made a run to MLS Cup in 2014.

But Soares was out of contract following that run and opted to test the waters abroad and take advantage of an E.U. passport his Portuguese and Italian lineage provides him. A verbal deal with Serie A club Hellas Verona fell through because of some bureaucratic issues on the team’s end and in the winter of 2015 Soares, then 26, reached a short-term deal with Norwegian club Viking FK.

Despite being one of the top defenders in MLS and starting for a team that made the title game, Soares’ time in MLS never led to a national team call-up. —BROOKE TUNSTALL