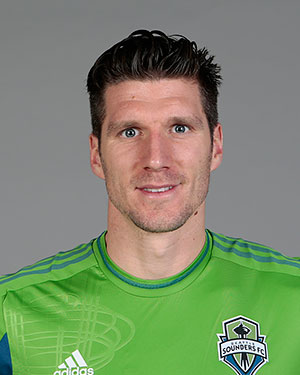 When you consider his pedigree, his size, and his work ethic, it’s hard to figure why Kenny Cooper hasn’t been a bigger part of the U.S. national soccer team. But when you see how he has struggled to secure playing time abroad, it’s entirely possible that Cooper, while a quality MLS player, is just not ready for the international stage.

One key factor: Cooper is built like a target forward (6-foot-3, 210 pounds, and very sturdy) but prefers to play like a withdrawn striker or even a wing attacker. Controlling long passes and holding up the ball for teammates has never been his strong suit, as he seems bent on run-run-running onto the play and taking on defenders.

Signed by Manchester United in 2003 when he was a teenager, Cooper failed to make an impression with the Red Devils and was loaned out to Portugal’s Academica de Coimbra in 2004 and England’s Oldham Athletic the following year. He made seven appearances and scored three goals for Oldham but did not factor in Manchester United’s long-term plans. So the club released him.

The Baltimore native found much more success in MLS, signing with FC Dallas in 2006 and developing into a serious goal-scoring threat. In 2008 Cooper scored 18 goals and was named to the MLS All-Star team and the MLS Best XI squad. He also earned MLS Comeback Player of the Year in 2008 thanks to his solid recovery from an injury the previous year. Cooper made another attempt in Europe in 2009, playing a handful of games for both 1860 Munich and Plymouth Argyle, but neither situation worked out and he returned to MLS in 2011 to play for the Portland Timbers.

After a year in the Pacific Northwest, Cooper was shipped to the New York Red Bulls in 2012. Partnering well with Thierry Henry, he got off to a great start, scoring 10 goals in his first 12 games. The Red Bulls later acquired Sebastien LeToux, however, and Cooper’s playing time subsequently diminished. He remains a valuable part of the team, but his scoring pace slowed considerably.

Cooper, who turns 28 in October, is currently on the outside looking in as far as the U.S. national team is concerned. He scored four goals in 10 appearances for the senior squad, but last appeared for the Stars and Stripes in 2009.—JOHN GODFREY