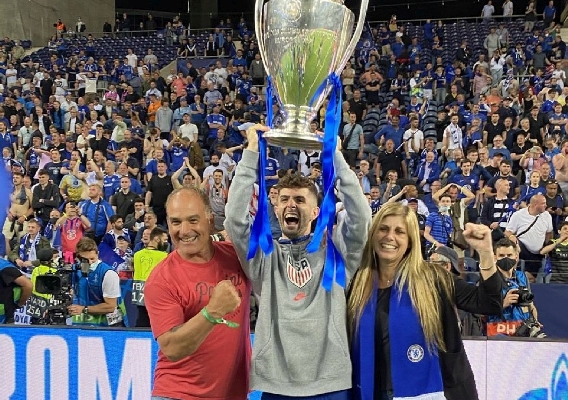 Christian Pulisic became the first American player to win the UEFA Champions League when he played the final 24 minutes for Chelsea in a 1-0 win over Manchester City. ASN's veteran reporter Brian Sciaretta puts it into context
BY Brian Sciaretta Posted
May 29, 2021
8:05 PM

ON SATURDAY CHRISTIAN PULISIC became the first American player to play in a UEFA Champions League final and win the game’s most coveted club trophy. The Hershey native began the game on the bench and came into the game in the 66th minute to preserve the Chelsea 1-0 upset win over Manchester City.

The game’s loan goal came in the 42nd minute when Mason Mount connected with a beautiful through ball to Kai Havertz – who then got past an onrushing Ederson for an open goal. The pass exposed Manchester City’s central defenders

When Pulisic came into the game in the 66th minute, Manchester City began pressing for the equalizer and was controlling possession. The entrance of Pulisic gave hope that Chelsea could hit Manchester City on a counter attack and seal the victory.

In the 72nd minute, that nearly happened when Pulisic was played into the box and had a close shot on Ederson, but missed just wide – to which he slammed the turf in frustration.

But Pulisic was someone that Manchester City had to defend in the remaining minute. In the end, he served his role and Chelsea sealed out the win. Pulisic’s numbers showed that he was active. 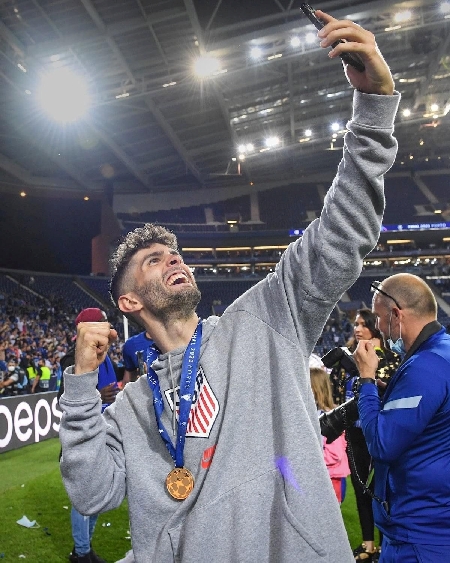 After the celebration, Pulisic said he had achieve a major milestone in his career:

“It’s been a difficult road for me,” Pulisic said. “I couldn’t imagine winning the Champions League, ever in my life. And now I’m here. It’s just crazy.”

As a trailblazer, Pulisic deserves this

Christian Pulisic, at the age of 22, has been a remarkable trailblazer for American soccer. This was the fourth consecutive Champions League he has played in and he now has 26 appearances in Europe’s top competition – both are records for American players.

While injuries have been a concern for Pulisic, it hasn’t stopped him from making big impacts at Dortmund and now Chelsea. At Dortmund he advanced to the quarterfinal of the Champions League while also having knockout round goals against Benfica.

The Hershey native also set a whopping transfer fee north of $70 million which eclipsed the previous American record of $20 million for John Brooks.

Now at Chelsea, Pulisic stepped up to even a bigger club, in a bigger league, and played a huge role in Chelsea winning the tournament. 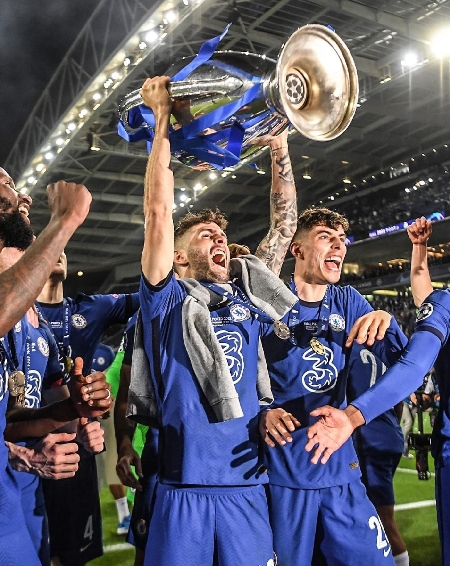 While Pulisic’s minutes in the final were limited, Pulisic was Chelsea’s best offensive player against Real Madid in the semifinal. Without Pulisic, it seems unlikely Chelsea would even have been involved in the final.

Sure, there are still other big trophies he has yet to lift. The Premier League title has been out of Chelsea’s reach of some time. Can he help them return to that stage?

But winning the Champions League title alleviates that pressure and sets Pulisic up for even more silverware.

Pulisic now is on a completely different level for all other American players who have ever played the game. He wasn’t just along for the ride with Chelsea, he was an integral player in getting them to this point. When games needed a big moment, he was there.

Now it will be up for Pulisic to be an even bigger part of the the U.S. national team when it needs difference makers and players that can help it compete against the worlds best. The supporting cast is still emerging but Pulisic needs to be that unique presence having succeed at the highest levels the game has to offer.