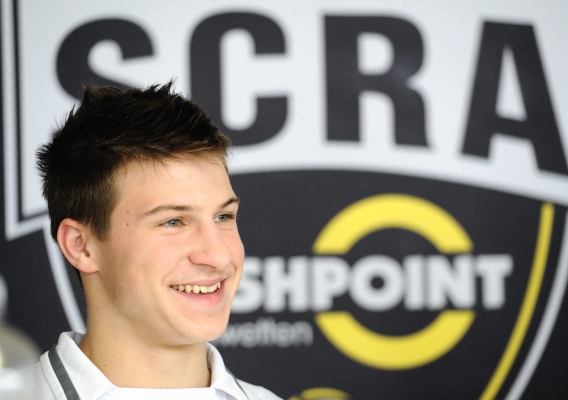 With a tough journey behind him, Gatt aims for a reboot in a familiar place

Josh Gatt has been through more than most professional footballers, but he has refused to quit despite numerous obstacles. Now with a tough road behind him, Gatt is looking to restart his career with the club that signed him as a teenager in 2010.

BY Brian Sciaretta Posted
August 08, 2018
5:00 AM
AS ADULTS, everyone comes to realize that life can be cruel. It is also true that the sport of soccer can also be very cruel. Over the past five years, Josh Gatt has gone through a lot as a player and as a human. But through perseverance, things are starting to look upward for the Michigan native.

It wasn’t long ago when Gatt’s career was off to a strong start in 2010. He lasted only a few months at his first club, SCR Altach, which was playing in the second tier in Austria. During his brief time in Austria caught the eye of Ole Gunnar Solskjaer, the former Manchester United great who recently became the head coach at Molde in Norway.

With Gatt’s blazing speed, he helped Molde win its first two Norwegian titles ever in 2011 and 2012 and his first U.S. national team callups soon followed. There were also rumors he was going to train with Manchester United after the 2013 Norwegian season.

But then came a downward spiral. Shortly before he was set to join the U.S. national team for the Gold Cup in 2013, he tore his ACL and was forced out of action for an extended time. As soon as he returned, he tore the ACL again. Not long after that, he suffered a third tear. He moved back to the United States to play in MLS but bounced from Minnesota United to the Colorado Rapids. Nothing clicked in the United States and following last season he was released.

Then the worst news came in the spring when his young wife, Melissa, was diagnosed with cancer. Unemployed, Gatt looked to a GoFundMe campaign to raise money for her treatment.

But through the difficult period, more positive news came to surface. He raised nearly $80,000 for Melissa’s treatment with former teammates and coaches, including Solskjaer, donating. Her diagnosis, once thought to be very serious, was a more treatable form of lymphoma. She completed her chemotherapy in early July and is now in remission.

“That whole first week and a half before we really knew what we were dealing with and then even going through it, nothing was simple and nothing was easy,” Gatt recalled. “But we did get our best case scenario. I am very grateful that it was something that could be cured.”

But Melissa’s progress also allowed Gatt to focus on something he was not able to for a long time: soccer.

After the Rapids released him, Gatt was not ready to hang up his cleats. He will turn 27 at the end of August and still believes he has the ability to help an ambitious team. So he called a former agent in Europe to see if there was any interest.

“I wanted to see if there were any interest in Europe for me to play because it didn't seem like any teams in MLS wanted bite on the chance to sign me,” Gatt said. “I wanted to continue my career. I didn't want it to end with me just being dropped off the face of the earth and not having the chance to prove what I can still do.”

As it turned out, there was interest in Gatt and it was from his first ever club SCR Altach.

A lot had changed in Altach since Gatt left nearly eight years ago. It was now not only in the Austrian Bundesliga but it was also one of the better teams in the league and had played in the Europa league twice in that time. A disappointing eighth place finish last season saw the club turn internally to Werner Grabherr, 32, as the new manager.

Grabherr came into the job wanted to play an up-tempo style but he needed faster players – making Gatt a logical fit. After training with the club for several weeks, Gatt was signed.

“It was a new style and they were lacking an element of speed and that's what they were looking for - and I fit the bill,” Gatt said. “It was like being able jump back in like I never left. There are some guys who are still on the team. They were really receptive to me being back here. Everything is going very well. I am very happy to be back. I guess you can say it's been an interesting couple of years, to be honest. In particularly, the last year has been the hardest of my life. But finally having this contract situation sorted out, having a job, and now just being able to play and do what I love is a huge weight off of my shoulders - and our shoulders.”

The "our" part is key. Melissa, now finished with chemo, is in the final stages of her recovery and is set to rejoin her husband in Europe soon.

But being alone in Austria for the time being, Gatt has worked hard to fit into Altach’s system. He is happy to have a role he has not had in years – as a pure attacking forward. In Colorado, Gatt explains that he was often deployed in the midfield with a lot of defensive responsibilities in his own half. Now back in Austria, he is much further up the field where he can run behind defenders and be part of the attack.

“The surgeries derailed me tremendously and bouncing around teams in MLS and not having the chance to play on teams there that weren't very competitive or in a position that best suited me - now I come here and they ask me to play a position I want to play, a striker, and the position I was meant to play it,” Gatt said. “I think it is going help me moving forward. I haven't had that freedom since I played at Molde.”

On Saturday, Gatt’s season debut for Altach couldn’t have gone any better. He came into the game in the 57th minute with Altach trailing Rapid Vienna 1-0. In the 88th minute, Gatt received the ball in the box in a dangerous position. He beat his mad down the side and sent in a perfect cross that was headed home by Hannes Aigner to give Altach a 1-1 draw.


In the celebration, Gatt looked relieved and of a player who is finally enjoying soccer and, more importantly, life again. He is quick to point out that his knee feels great and that he has not lost his elite speed.

Like he was years ago, he remains very ambitious. He wants to score double digits in goals this season and help his club return to European competitions next year. In the years ahead, he has goals that take him beyond the Austrian Bundesliga.

It would be easy to excuse a player who has walked in Gatt’s footsteps for being jaded. But Gatt remains upbeat and optimistic he can still become the player many thought he could become when he was a young teenager playing for Solskjaer.

“I want to win,” Gatt said. “I want to be on a winning a team. Most teams I have been with have been winning teams. My last year in MLS was very off for me because I am just not used to playing on a team that struggled as bad as we did. It was tough for me to deal with. I have a winning mentality. This is a chance to get a resurgence for my career and get to where I believe I can be and the level I can play at.”

Life has thrown a lot of obstacles in Gatt’s way over the years to knock him down and each time he got back up. So at this point, why would anyone bet against him?