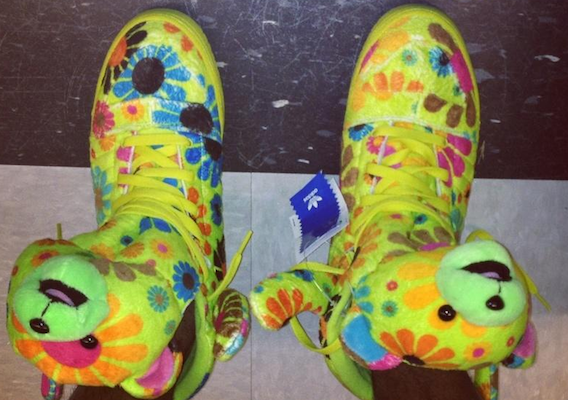 The Chivas USA striker scores some excellent(?) gear from adidas; Eddie Johnson returns to being his wonderful self; and Joe Gyau plays Call of Duty (or is that Booty?)
BY Jesse Yomtov Posted
December 01, 2012
4:05 AM
10. Chris Pontius—Thankfully he’s joking:

9. Dax McCarty- There were no follow-up tweets about Swedish meatballs and that makes us sad:

Going to a place sure to brighten even the dreariest of days... IKEA

8. Herculez Gomez—I was in a Target the day before Sandy. It was not fun:

I love Target.. This place has everything. During ______ I want to be in Target. #NaturalDisasters #Apocalypse#Rapture

7. Sean Johnson—Having recently seen a mom eat baby food in order to encourage her kid and wind up cringing, this is LOL-inducing:

Wow this baby food next to me smells like cat food...man I hope that baby hasn't developed taste buds lol

@brekshea jo u gotta send me some of ur snapbacks bro

2. Eddie Johnson—After a brief stint with his tweets privacy-protected, EJ tells it like it is…. with a winky face:

Soccer is my sanctuary ;)