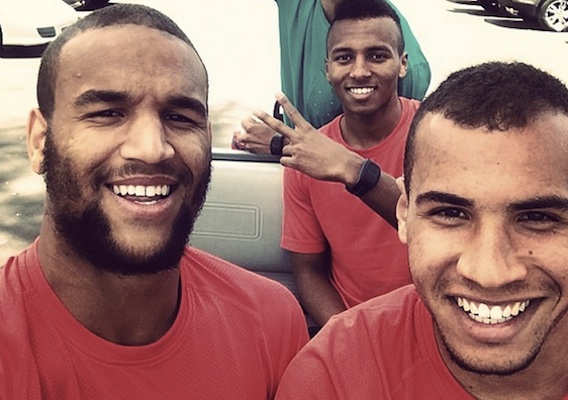 As you might expect, this edition of Tweets of the Week is all about the United States' 30-man World Cup roster—including those who made it and those who missed out.
BY Justin Churchill Posted
May 18, 2014
9:16 AM

Considering the opponents in Group G, the U.S. can use all the inspiration it can get.

Good preparation for the coming air travel woes in Brazil...

Is there a worse airport to connect thru than OHare? Travel day just got longer

Is it a bad omen that Donovan missed the evil robot ball he was trying to kick in this bizarre ad?

That was no easy #GALAXY11 training session, but when you're up against aliens you go hard. Check it out! http://t.co/OgVC2RLxMv

The anticipation is enormous. Is it June 12th yet?

Andrew Farrell and DeAndre Yedlin in 2018?

Congrats to @yedlinny on getting the call up to the preliminary 30-man #USMNT roster! looking forward to seeing you in brazil brotha

A surprise pick for the 30-man roster. Does he have a shot at securing a seat on the plane?

Thank you God for this great blessing! Lets work hard to represent my country!

Absolutely great for the sport in the United States.

Pure class from a guy who has got to be disappointed right now.

Can’t stress enough how confident I am in this group & their ability to do something special in Brazil.????????