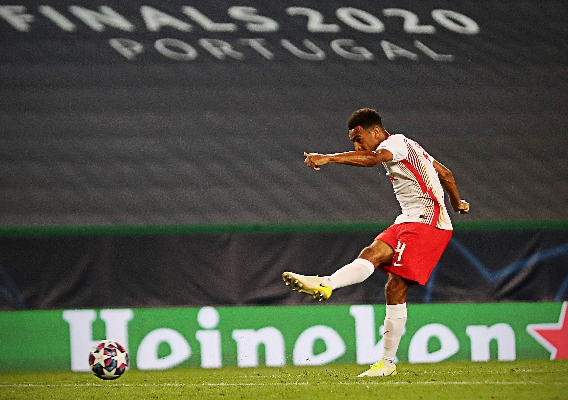 American fans may have been disappointed with Tyler Adams not in the starting lineup today for RB Leipzig but they were certainly thrilled to see him come off the bench and score the big goal to send his team past Atletico and into the Champions League semifinals. ASN's Brian Sciaretta puts this goal in context.
BY Brian Sciaretta Posted
August 13, 2020
3:55 PM

IT WAS ONE of the most historic moments in the history of American soccer as Tyler Adams scored what will likely be considered the most important goal at the club level by a U.S. player, to this point. With RB Leipzig level at 1-1 with Atletico Madrid in the 88th minute of the quarterfinals of the UEFA Champions League, Tyler Adams sent the German side through when his shot deflected and hit the back of the net.

It was a dramatic goal and RB Leipzig will now face Paris St. Germain in the UEFA Champions League semifinal on Tuesday. Should Adams play in that game, he will become the second U.S. international to play in a game that far into the sport’s most prestigious club competition. To this date, DaMarcus Beasley’s appearance for PSV Eindhoven in the 2005 semifinal against AC Milan was the only time an American has appeared in the Champions League semifinal.

Adams, 21, did not start but came into the game in the 72nd minute just one minute after Atletico Madrid equalized via a penalty.

Tyler Adams... a massive goal in the Champions League pic.twitter.com/4WDx41RTtS

Overall, Adams was just what Leipzig needed coming off the bench at that minute. Even beyond the goal, it was huge 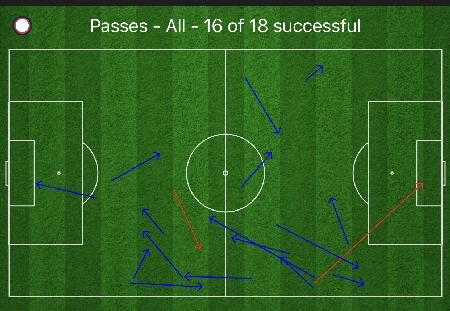 The biggest American goal, so far

Was this the most important goal scored by an American player at the European club level? It’s hard to say it wasn’t. 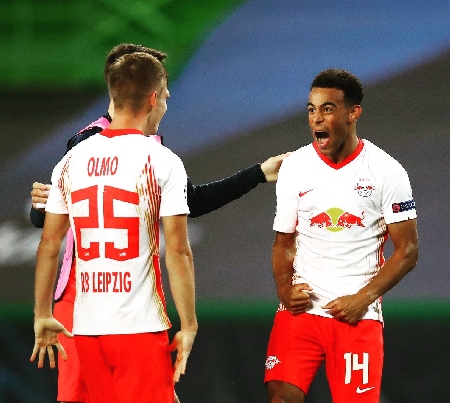 There are still several Euro-based goals that American fans talk about, with Christian Pulisic now deserving of multiple spots on everyone’s list. Here are just a few:

But this goal from Adams was the first goal by an American this late in the Champions League and it was the decisive goal scored in the final minutes. That alone separates it into another class.

Adams is just the fourth American player to score in the knockout stages of the Champions League. Jermaine Jones (2013), DaMarcus Beasley (2005), and Christian Pulisic (2017) all scored in the round of 16. Besides those four players, John O’Brien is the only other American player to play in the quarterfinals of this event. 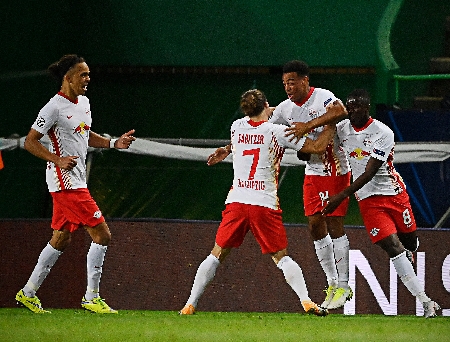 A win for an MLS academy

Helping to produce a player who can get to this stage is a win for any organization. Tyler Adams is very much a produce of the New York Red Bulls. He joined the club’s academy at a young age, signed a homegrown deal, had great coaching with John Wolyniec and Jesse Marsch, won the USL title with Red Bulls II, moved to the first team where he won a Supporters Shield, and scored a big goal for the Red Bulls against Club Tijuana in a run to the CONCACAF Champions League.

Adams progressed through every step of the way with RBNY before he moved. It is one thing to play your kids, it is another to win with your kids before selling them. The Red Bulls gave Adams the opportunity for a winning experience and allowed him to establish roots before moving abroad.

Assisting on Adams goal was Angelino who spent a season with NYCFC on loan from Manchester City.

Most of the recent exports out of MLS have done quite well. Tyler Adams and Alphonso Davies are the most talked about but there are others. Jack Harrison helped Leeds United return to the Premier League. Carlos Gruezo is now starting for Augsburg. After an adjustment period, Miguel Almiron finally found his footing in Newcastle. Matt Miazga helped Vitesse to its first silverware and has been consistently strong for Reading. Chris Durkin wasn’t a star with DC United but St. Truiden is playing him regularly where he has impressed. DeAndre Yedlin fell out of favor at Newcastle but he still now has a lot of experience in the Premier League. Despite injuries, Zack Steffen impressed with Fortuna Dusseldorf.

MLS academies are still relatively new and are just getting started. There is still plenty for these organizations to learn but their success will only lead to more Tyler Adams and more Alphonso Davies.