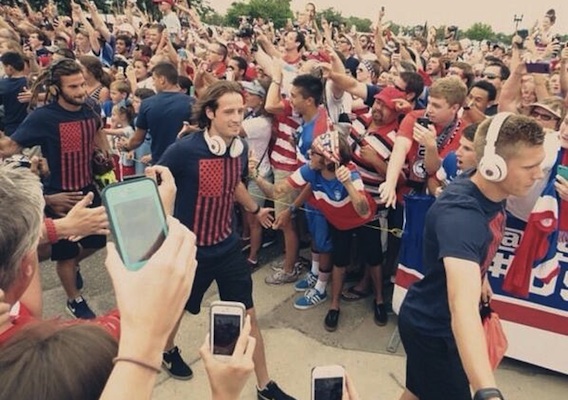 Special World Cup Edition Of U.S. Tweets of the Week

Here's to a speedy recovery.

#Chile is making me want to go outside and do 30 x 40 yard sprints.

We expect to see Duane in a U.S. kit soon.

This was everyone's reaction to Dempsey.

Respect from a central defender who's been there, done that.

Stand up @j_brooks25... Rose to the challenge all night. Enjoy it all. #KeepGoing #RISEandSHINE #USMNT

The support for the U.S. in Brazil is incredible so far; more coming tonight in Manaus.

USA fans are the best. No doubt! pic.twitter.com/WfFSRU2MGV

Will ArJo get the start? Will he achieve World Cup glory?

What a moment, so much for Deuce losing a step in MLS.

I'd vote for him.