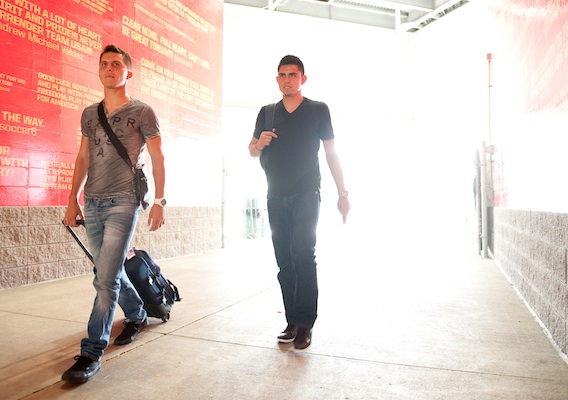 Silly Season Special: Many Americans on the Move

Liga MX is back—and Club Tijuana features more Americans than ever before. Plus: a cool Jozy GIF, news on Michael Parkhurst, a surprised Shane O'Neill, and much more.
BY Josh Deaver Posted
January 07, 2014
12:24 PM
Jozy Altidore—ASN rank #4
This week, American observers were offered a brief moment’s solace from the perpetual tragedy that is Jozy Altidore-in-Sunderland, as the beleagured striker delivered an assist in the club’s 3-1 FA Cup win over Carlisle. Receiving the ball at the penalty spot, Altidore made a deft turn and slid the ball to El-Hadji Ba who put the match out of reach and advanced the Black Cats. Despite the contribution—his sixth assist on the season—Altidore scuffed two early chances which lead to some less than favorable reviews among the always fair and even-keeled English press. Altidore and Sunderland will line up against Manchester United on Tuesday in the first leg of the Capital One Cup semi-finals.