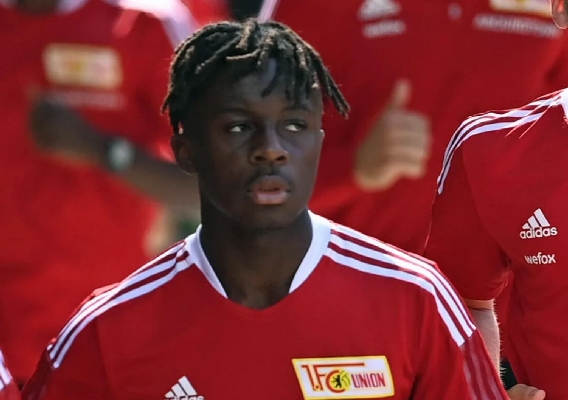 Malick Sanogo has been an impressive performer at the youth levels for Union Berlin. After previously playing for Germany's U-18 national team, Sanogo is in camp with the United States for the first time as the U-20 team is set to face Mexico at the Revelations Cup on Tuesday. Sanogo spoke at length with ASN's Brian Sciaretta about his experience so far and his goals for the future.
BY Brian Sciaretta Posted
November 16, 2021
3:55 AM

THE UNITED STATES U-20 national team is set to wrap up the Revelations Cup on Tuesday with a match up against the hosts, Mexico. The two teams have been archrivals since the 1990’s and it has now bonded American players of several generations.

At this tournament, Malick Sanogo is taking his first steps with the U.S. team. Born in New York, Sanogo left when he was young and was raised almost entirely in Germany and is now a standout center forward with Union Berlin’s youth teams. U.S. Soccer has been trying to call him into youth national team camps for a long time, but the COVID pandemic essentially shut down key youth national teams for nearly 22 months.

When Sanogo arrived in Mexico to meet up with the U.S. U-20 team, he knew almost nothing about American soccer and knew none of his teammates or coaches. On Friday night, he say with his teammates and watched the senior national team defeat Mexico 2-0 in an emotional World Cup qualifier.

While watching that game, Sanogo felt the passion of the rivalry and the passion the senior team had in playing for the team. Now, as he gets set for his first time playing for the United States against Mexico, he feels similar emotions to what he watched on Friday night.

“We watched this game together and we saw a very emotional game,” Sanogo said of the U.S. win over Mexico. “It was really a fight. They boys fought so hard to win the game and yes, it's going to be the same thing for us. We are going to fight to win this game because we haven't won a game yet here. We are going to try to win our first game and with this rivalry, it is going to be more a more special game in front of the Mexican fans.”

Malick Sanogo vs Brazil U20 pic.twitter.com/fyej8nB4bE

The Revelations Cup has been a challenge for the U.S. U-20 team on many levels. The U-20 program has essentially been on hiatus since January 2020, when the team had its only camp of the 2021 cycle. The pandemic hit and the U-20 World Cup was cancelled on Christmas Eve of that year. Over that time, key youth players of the 2003 and 2004 birth years haven’t played together at camps and any sort of chemistry they had from younger age groups has disappeared.

On top of that, new manager Mikey Varas wasn’t hired until the day before the team left for Mexico. Varas wasn’t part on selecting this roster and has been learning about the team in camp while also trying to orchestrate a style that fits the strengths of the pool.

Unsurprisingly, the first game was a tough 4-0 loss to a well-prepared Brazil team. In the second game, the U.S. team played much better in a 1-1 draw with Colombia – holding a lead into stoppage time despite playing with 10 men. Sanogo came off the bench in the loss to Brazil but started the second game against Colombia.

Despite the uphill battle the team faces at this tournament, Sanogo has been impressed with the team. 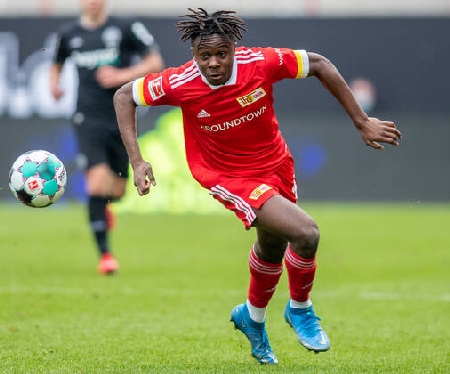 “It was pretty difficult for him,” Sanogo said of Varas. “We didn't have enough time to train together and to really learn together. For me, he handled it well. He tried to put us together and to make the team as a family. He also clearly explained his playing philosophy - directly, so it was easy for me personally to understand what he wanted us to do. But it's difficult to really perform well if we don't have the time together this tournament.”

“That's what he said, that it would take a bit of time for us to make steps but it would come,” he added of the improvement in the second game. “Every day, we're becoming better, and we are playing better together. I think it will be good come the qualifiers. That is our objectives.”

Next summer, the U.S. U-20 team will take part in a massively important tournament that will serve as qualification for both the 2023 U-20 World Cup and the 2024 Olympic games. Varas will hope to have camps on a regular basis leading up to this tournament.

Sanogo is hoping to be part of this team moving forward and, while is still getting used to his new team, he sees the team’s potential. Ricardo Pepi is now a regular with the full U.S. national team and this has created an opening for the No. 9 position with the U-20 team and Sanogo is in contention for that spot. 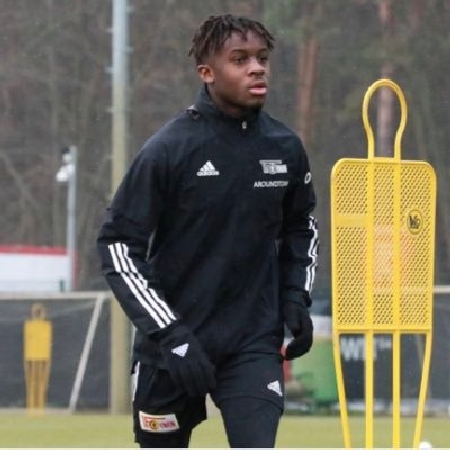 For Sanogo to cement his status with the team, he will need to continue to play well for Union Berlin. In 2019/20 and a pandemic shortened 2020/21 season, he was dominant in the U-17 Bundesliga when he scored 22 goals and added eight assists in just 25 games.

For now, Sanogo is happy to be in camp with the U.S. U-20 team and reconnect with the country of his birth. Born in New York City, he returned to Germany at the age of one because his father, Ivory Coast international Boubacar Sanogo, played there. Sanogo returned often to New York to visit an uncle but has not been back since 2017 because his uncle has since left and he has more family in Africa now.

Regarding his international future, Sanogo is eligible for the United States, Germany, and the Ivory Coast. He has played for Germany’s U-18 team in the past and his father had 21 caps and eight goals for the Ivory Coast. 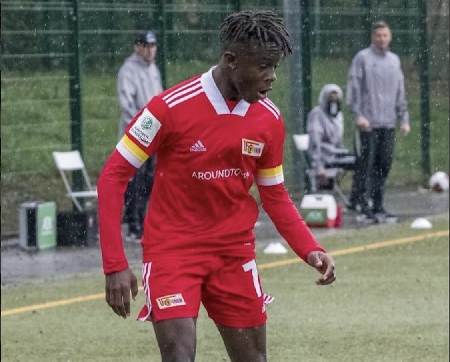 As with most multi-national players of his age, his international future is not set in stone and he must continue to improve to receive call-ups for any team. But his interest in the United States is strong and the camp has made a solid first impression on him.

“I always wanted to come back to the United States on holidays to see how people are living here because I was always fascinated by this country,” Sanogo said. “I see it in movies and everything. But I never knew much about the reality of it in the country. If I called up more often, it would be great to see the cities.”

“They have been following me for, I would say, two years,” Sanogo added while discussing U.S. Soccer. “Before the pandemic, they wanted to call me for a camp, but I couldn't because the pandemic shut it down. They continued to follow me, but I couldn’t make it. A month ago, my dad told me they called my agent to tell me I would probably be in this camp. I was really surprised because before this, I went with a German national team for a training camp. I would never have thought they would have called me so quickly [after] but I am really happy they called… It's been a nice experience for me. It's my first time with the national team and my first international games. The players are all nice and welcoming. It was great to meet new people and learn a new playing philosophy.”