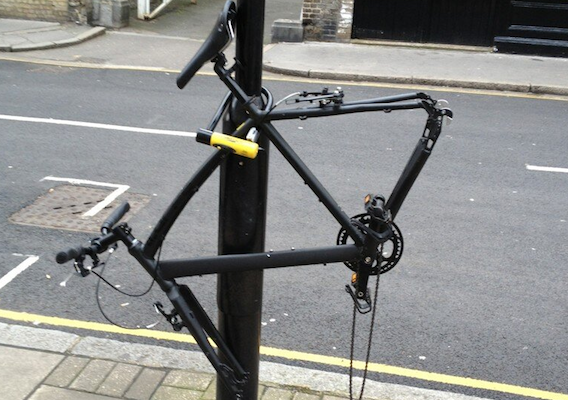 The former United States international finds himself bikeless, while the current American midfielder plays games. Elsewhere Juan Agudelo gets a new pair of kicks and Nick Rimando has home invaders.
BY Jesse Yomtov Posted
February 23, 2013
8:45 AM
10. Brad Davis- Staying up to date on current events

Just toured Boeing South Carolina. First thing to happen was the battery died on our golf cart that took us around.Coincidence?#Dreamliner

Jeez, what sweetener to use with my coffee this morning?? Hmm #decisionsdecisions twitter.com/LeeNguyen24/st…

People that say "expresso" should not be allowed to drink coffee

Finally catch’n up on The Bachelor, on the group dates now.This show is awesome, I’m ashamed to admit it.. Nah, I’m really not. ?#ElSoltero

My gf decided to get a spray tan. She wanted the darkest color. Now she looks like a burnt orange. Don't get spray tanned. The end.

Had this bike for 3 whole days. Lesson learned here, don't be lazy locking up your bike ;( twitter.com/robbierogers/s…

Happy B-Day to my lovely wife @linzwondo who is joining the 30 club. Here's to being a grown up and responsible. #gladyouarecuzI'mnot

2. Nick Rimando- Why is everybody getting robbed this week?!

To the peeps that tried to break in last night, good try. My security system is LEGIT and my cameras DO WORK! Chat soon. Thanks @vivinthome