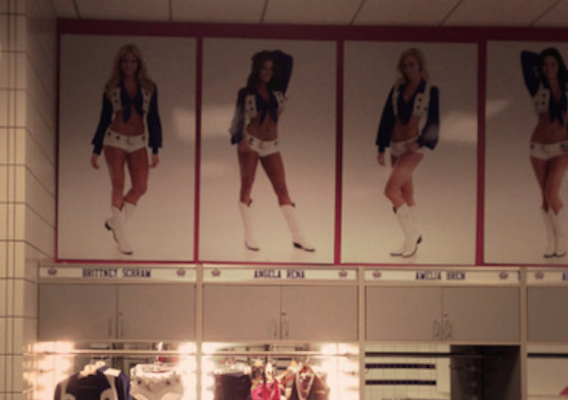 The Los Angeles Galaxy defender spends some time with the Dallas Cowboys cheerleaders; Mix Diskerud has some words for cheating baseball players; Jay DeMerit watches Bob Bradley on the Daily Show.
BY Jesse Yomtov Posted
July 29, 2013
10:00 AM
10. Carlos Bocanegra: So, so Cali

9. Juan Agudelo: Juan, why you gotta be a buzzkill?

It's not you. it's who you paint and convince yourself towards others that has got you simply lost but mainly ,, http://t.co/xZoKWmdgZM

"I'll adapt but I won't change who I am" @JManziel2 #yessir

7. Robbie Rogers: This does sound like a heck of an evening

Ryan Braun - another cheating pro Why prep a comeback? Why shouldn't he get a job where he doesn't deprive those who earned what he did not

5. Maurice Edu: Too bad Eddie already came out and said he hates the hair

Anyone else see the old maestro Bob Bradley on @TheDailyShow last night? He even cracked a joke!? Really hope #Egypt qualify for WC #respect

2. A.J. DeLaGarza: Most doctors disapprove of this

1. Omar Gonzalez: Let’s go ahead and call this an accident

I think I'm in the wrong locker room ... Not that I'm complaining! http://t.co/o3figVcuKt