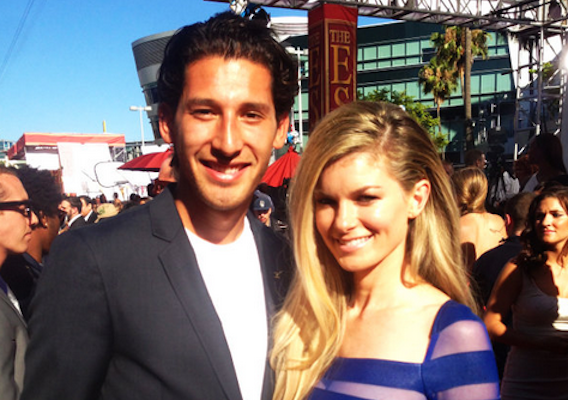 The Los Angeles Galaxy center back is looking good on the red carpet at the ESPY's while Heath Pearce wishes he could get some fast food and Terrence Boyd goes into TV critic mode.
BY Jesse Yomtov Posted
July 20, 2013
2:58 PM
10. Jozy Altidore: Brown-nosing new supporters, FTW!

Hoping everyone at @SAFCOfficial and the supporters have a great weekend ... #SAFC #HawayTheLads

9. Heath Pearce: Hit up Mr. Diskerud in the future. He’s homeboys with @TacoBell

Can anyone deliver me some Taco Bell?

Thunder and lightning managed to put a stop to our practice in Baltimore. Thanks a lot, Thor !!

6. Dax McCarty: He’s tweeted since, and it’s supposed to be cooler next week

If I go missing or you don't hear from me in the next couple of days, just assume I have melted. #gingerproblems #heatwave

5. DaMarcus Beasley: These are awesome

4. Terrence Boyd: Is it because the Schrutes are also large and German?

The Office Episode The Farm is by far the best one. I could watch Dwight all day long

3. Juan Agudelo: “The Ostrich” wins out among these nicknames

S/O to my boy @BrekShea aka Brek sizzle aka the Avatar aka the Ostrich for hooking it up with some fresh @LeftFootStudio gear?, #targetshot

2. Matt Besler: Guinness World Records might deem Besler the first to ever accomplish this

After 23 years I have finally used my Chapstick in its entirety before I lost it. #success @mbesler @gzusi

1. Omar Gonzalez: We give up Omar, your life is decidedly better than ours