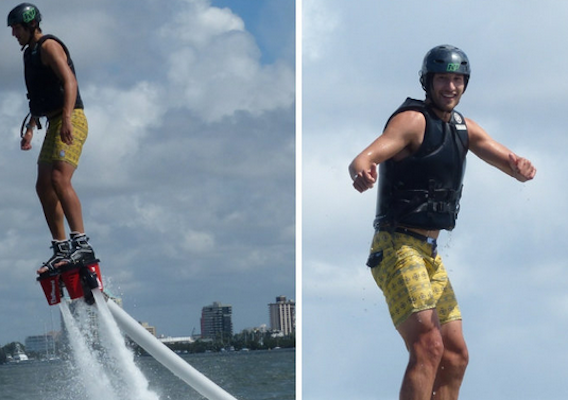 Omar Gonzalez Has a Better Life than You Do

The Los Angeles Galaxy center back takes a break to, um, well float on water or something along those lines. Meanwhile, Dax McCarty makes a joke about sex scenes and parents.
BY Jesse Yomtov Posted
August 11, 2013
10:16 AM
10. Geoff Cameron: Hey man, she lives in Paris. It would hardly be long-distance

8. A.J. DeLaGarza: No way that this didn’t work out

Hey @KingJames I lost your number man. Just hit me back here, we just landed in Miami. Dinner on you! #back2back #champs

Your too fine to be laying down in bed alone... #seriouslytho

Love the way my name is spelled in this email. pic.twitter.com/wWlh5I7C66

3. Kelyn Rowe: Juan should just avoid paying up until he peaces out in January

A-Rod needs to fire his PR representation ASAP. Press conferance was about as awkward as watching a sex scene with your parents.

1. Sacha Kljestan: This might cause a schism in U.S. camp

@AleBedoya17 congrats on your move man. Now learn some French so we can talk behind people's back. Good luck!