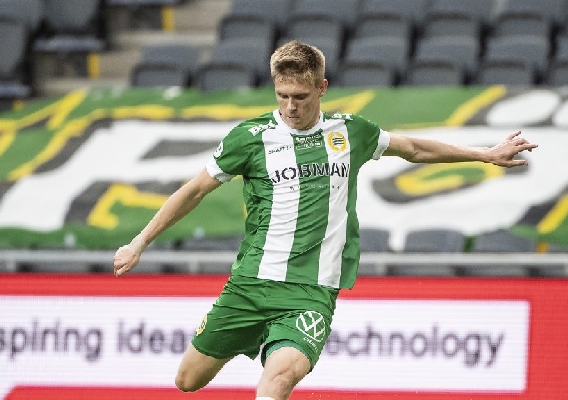 There were times in recent years when some doctors believed Aron Johannsson wouldn't be able to play anymore and there were times when Johannsson shared these doubts. But with a goal of returning to the U.S. team, Johannsson pushed forward and is now playing great soccer for Hammarby. ASN's Brian Sciaretta spoke with Johannsson on his tough past with injuries and the ambitious goals he still has.
BY Brian Sciaretta Posted
September 22, 2020
6:30 PM

FOR MANY STRIKERS, the best part of playing that position comes during times when goals come in waves. Being streaky comes with the territory and Aron Johannsson knows this as well as anyone. During his career, he has gone through times when goals have come at an incredible rate, the most recent example of this being this past month for Hammarby when he scored six goals in seven Allsvenskan games.

But when asked about his takeaways from his current goal-scoring run, Johannsson is quick to point out that the goals are not the most satisfying part.

For him, the best part is simply playing, staying healthy, and being ready to play the next game,

“The biggest achievement is playing and getting into match-fitness,” Johannsson told ASN from Sweden. “It's probably been four, five or six years since I played three games in a row without limping off with an injury. It's always difficult because I went through periods when I had long-term injuries. Then when you come back, it kind of happens that you get new injuries. We had a long preseason this year and I've managed to keep my body healthy now for a couple of months. My body has been through some transitions from having long-term injuries. Some doctors thought that maybe I could never play again - at least at a professional level.”

“If I don't even talk about the goals, just being able to play week-in, week-out with no problems just feels amazing,” he added. “I had a stretch where I played four games in 10 days. That's about as much as I've played the last four years or something [laughs].”

Johannsson's career was taking off in 2013 when he made his announcement that he was going to file his one-time switch with FIFA to leave Iceland’s national team setup and represent the United States, where he was born while his Icelandic parents were studying in Mobile, Alabama.

He had dominated the Danish Superliga (where he still has the record for the league’s fastest-ever hat trick) and then moved to the Eredivisie where he saw his success continue with AZ Alkmaar - scoring 38 goals in 84 games for the Dutch club. That move put him on the United States World Cup team in 2014 and earned him a transfer to the Bundesliga with Werder Bremen.

But his career at Werder never took off simply because of a series of injuries which limited to 947 Bundesliga minutes from 2015-2019. The move Hammarby in 2019 also saw him continue to deal with injuries. It wasn’t until 2020 that things finally began to trend upward for Johannsson again.

“When I came from Germany to Hammarby with my ankle, it was pretty hard to adapt,” Johannsson said of playing in Sweden. “Here we play and train on turf. The ground is so hard. In the end, I wanted to come here to get back going and to play games. I wanted to be happy again. I can feel it now, it’s coming back. The last few months have been the first time in a long time I've been 100%.”

In two months, Johannsson will be celebrating his 30th birthday and at a time when some players are winding down, he is upbeat and hopeful for making up for lost time ("I look like I'm 22!" - he jokes about his upcoming birthday). At this time in his career he remains extremely ambitious on and off the field.

Off the field, one of his goals is obtaining a degree. For the first time since he was a teenager, he is enrolled in school at University College of Northern Denmark (UCN) where he is taking online courses to get a degree in sports management. He insists that after his playing career is over, he wants to remain involved in the sport.

On the field, there is still plenty he hopes to accomplish. On the club side, he is hoping that his career takes him back to the United States as he is very interested in the growth and improvement of MLS.

“I've always said I wanted to play in MLS,” Johannsson said. “Maybe we will see in the next few years if I can get that opportunity.”

But the biggest goal is to return to the United States national team. It has been a goal that has driven him to get through the toughest periods he faced when he was sidelined and struggling to get back on the field.

The last time he played for the national team was at the 2015 Gold Cup but he was called up by Jurgen Klinsmann in 2016 at the start of the Hexagonal and went as an unused substitute. 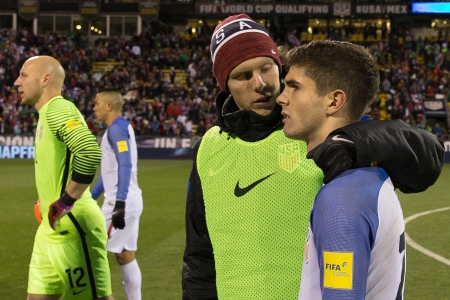 “It's been a long time since I played for the U.S. team,” Johannsson said. “The last time I was selected was 2018 and that was under Dave [Sarachan]. I couldn't go because of injuries. It's just been very frustrating because I know I have the qualities to help the team. One of the reasons why I didn't give up is because I feel I am still good enough to play for the national team and that is 100% my goal - to come back play for the national team.”

The U.S. team was going through tough times the last time Johannsson was involved. The 2015 Gold Cup was a failure where the U.S. stumbled to a fourth place finish and the ensuing Hexagonal saw the team swtich managers after a poor start and fail to qualify for the World Cup.

Since then, the U.S. has obviously shifted approach with a promising young core of players. Johannsson is bullish on Sargent, his former teammate at Werder Bremen, and he is also excited to see Weston McKennie play for Juventus, Gio Reyna make big strides at Borussia Dortmund, and Christian Pulisic thrive at Chelsea.

Should Johannsson return to the team, he believes he can play a role on a very young team that is much different than when he last played for it - although he admits he is yet to hear from Gregg Berhalter since he joined Hammarby. 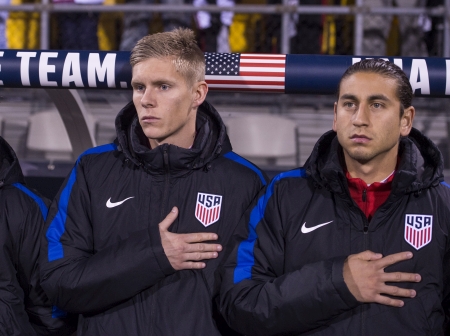 “When I was there, the best player was probably Dempsey and he was at Fulham,” Johannsson explained. “Now it is the complete opposite and we have a lot of amazing talent. Obviously, it's a dream of mine to come into the team again and I believe I am still good enough. Now we have players at Barcelona and Chelsea and Juventus. These are the biggest clubs in the world. But I have to focus on myself and I have to keep delivering. Hopefully, soon I will be back in the mix.”

While the Allsvenskan is not an elite European league like the Premier League or the Bundesliga, Johannsson is currently in this league not because he lacks the talent to play in a top league, but simply because he struggled with injuries over span of several years during his prime ages 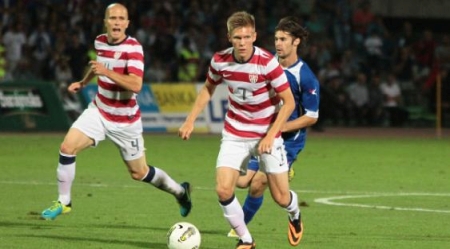 He remains confident that great days lie ahead for him and that he is optimistic he can deliver for the U.S. team, Hammarby, and any club he finds him playing for in the coming years.

“Obviously, it has taken a lot of hard work and a lot of difficult days,” Johannsson said. “There were many days when I doubted that I would continue playing. It's been very rough but all that being said, playing now week-in, week-out is amazing. I always said to everyone that when I am healthy and when I am match-fit, I will deliver. That is just showing now. I am fit and I am scoring.”