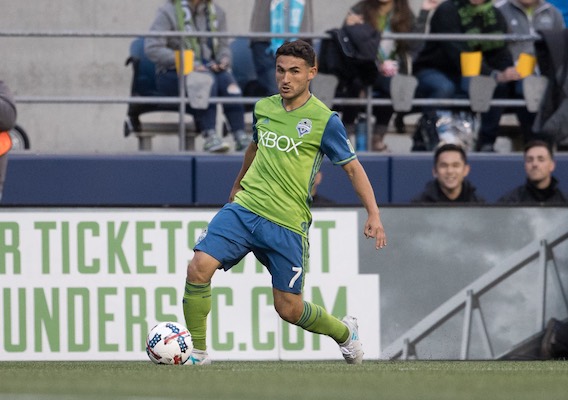 The third week of the MLS Minutes Matrix shows positive trendlines in terms of domestic players earning minutes and young players seeing the field in increased amounts. But the ASN Minutes Matrix is your tool to show you the makeup of the league.
BY Brian Sciaretta Posted
March 20, 2018
3:00 PM

THE THIRD WEEK of the 2018 MLS Season is in the books and solid data is rolling in that gives us a good glimpse as to what the league looks like regarding who is earning the minutes.

So as with the previous weeks, here is a look at the charts (which you are able to scroll around to view).

From this chart a few things jump out

- Domestic minutes continued to increase for the third straight week, despite New England having a bye. Typically the Revolution have been the best with playing American players. On the flip side, the Portland Timbers and the LA Galaxy also had byes and those teams rely heavily on foreign players.

- Every youth age from the U23s through the U20s saw its percentage of domestic players rise to the best of the season’s three weeks.

- The O-30 percentage also continued a steady decline and is down almost 1.5% from the opening weekend.

From these two charts, trend lines are starting to emerge about teams and how they use their players.

The Red Bulls live up to the hype regarding using young players – both foreign and domestic. When factoring out the older goalkeeper in Luis Robles, the weighted average age for the field players is 23.85. That is far and away youngest in the league.

Houston, meanwhile, remains the oldest team in the league and has yet to play a domestic player under 23.

Last weekend was a strong one for young domestic players in MLS with nine players seeing the field – including the season debut for Paxton Pomykol. That raises the total to 12 domestic teenagers who have played in MLS so far in the first three weeks.

Many of the names on these charts are repetitive through the first three weeks – which is good. Getting players consistent minutes is the most important thing for their development.