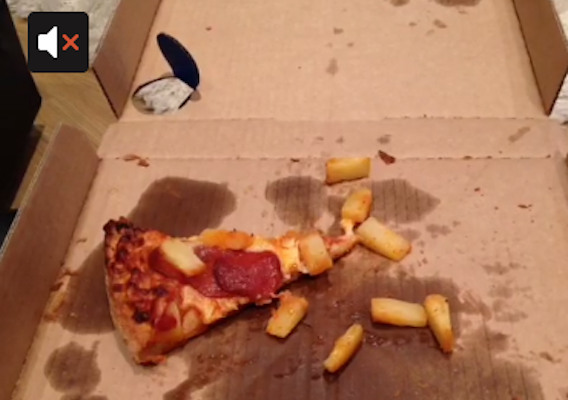 Maurice Edu Goes All in on a Domino's Pizza Pie

That dude can eat. Elsewhere in the world of United States national team tweets, DaMarcus Beasley loses his phone, Robbie Rogers plays with David Beckham, and more.
BY Jesse Yomtov Posted
May 18, 2013
4:11 PM
10. George John: Indeed, basements are the way to go

Is underground parking garage of apt complex safe place to go for tornado?

9. DaMarcus Beasley: Apparently your agent made some ridiculous contract demands

WOW!!! Finallyyyyyyy my phone works, had no email, bbm, whatsapp.. I was lost for 9 days..lolGood to be back into the world..

8. Zarek Valentin: Even if you’re not a DMB fan, how is that possible?

Very disappointed when I played Dave Matthews' ENTIRE Crash album before practice and my team didn't know who he was..... #cmondudes

7. Heath Pearce: Not sure if sarcasm…

Wait, So Thierry Henry Scores two and one of them is a bicycle kick and can't make team of the week? DANGGG.This league must be AMAZING #MLS

5. Joe Gyau: Even in Germany you can’t tune out Skip Bayless trolling

3. Jay DeMerit: If you got away with it for a few weeks, the fine probably would have paid for itself

Sooo, are passenger blowup dolls legal for the HOV lane? It would save me about an hr right now.. #trafffficcc

2. Brad Evans: I see what you did there…

1. Maurice Edu: Ever wonder how soccer players stay so fit?