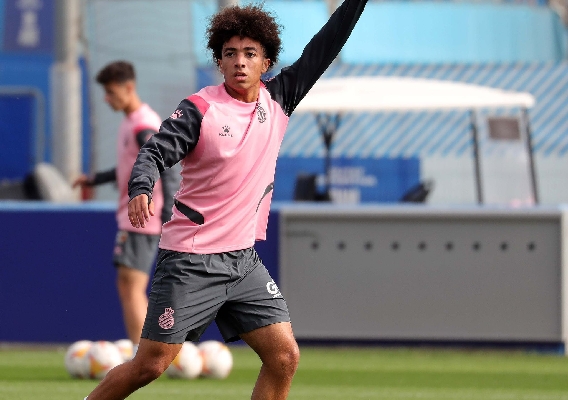 Luca Koleosho progressing at Espanyol, aiming for big steps in 2022

As a young player, Luca Koleosho elected to take a tough path to begin his professional career in Spain. His first years in Europe have gone well but now the Connecticut native is entering into a critical stage of his development. ASN's Brian Sciaretta spoke with the U.S. U-20 and Espanyol hopeful about his past, and the steps ahead.
BY Brian Sciaretta Posted
November 30, 2021
5:00 AM

FOR YOUNG AMERICAN soccer players, there are more professional opportunities now than ever before and there are many different paths that can lead to the top. With MLS adopting a more selling-friendly approach over the past five years, most top young players have decided to start locally with the eye of eventually getting sold to top European teams. There are still others that take a much harder route in moving abroad at an early age.

Luca Koleosho, 17, was born in Norwalk, Connecticut and developed his game on the East Coast of the United States. He played with Trumbull United at around age seven and then eventually moved to the Manhattan Kickers.

It was there when things started to happen quickly for the winger.

“There I had this coach that was from Barcelona and that's where everything sort of happened because we went on these two trips,” Koleosho told ASN. “I did pretty well there, and my coach thought it was a good idea for me to develop in Spain. My parents thought about it. With me being so young, I didn't think much about it. I was just very excited and I really wanted to do it because I wanted to make it as a professional.”

Holding an Italian passport through his Canadian-born mother, Koleosho impressed during his trips to Europe and was able to land with CF Reus. This past summer, he made a big move within Spain where he joined Espanyol, a historical club based in Barcelona which was recently promoted back to La Liga. Koleosho was brought in to join the club’s U-18 team.

“Obviously learning a different language and being in Barcelona, you have to also learn Catalan,” Koleosho said of his adjustment to Spain. “I've been having to learn two languages, get used to all the people, different types of foods. It's just a very different culture that you have to get used to.” 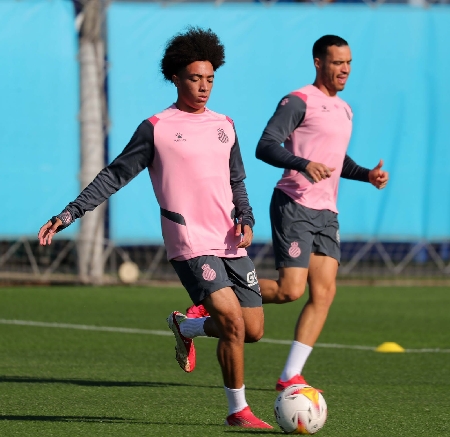 “Every once in a while when I was younger, it was it was hard and I would get homesick for New York,” he added. “And now I still do, but not as much.”

Life at Espanyol is different for Koleosho than it was at Reus. He now lives in a complex that he shares with the club’s other young players. This has helped him bond more with other young players  – many of whom are at similar stages of their career.

“It's like a dorm complex, I'm still in residency,” Koleosho explained. “I'm just with a lot of other kids and they're also living far away from their homes. Some of their kids get to go home and they're a little bit close to home. Some of us are from farther away. We're all pretty much to together and hang out so we go through sort of similar struggles.”

Many of these players are at important transitional moments within their careers. The toughest hurdle many players have to face is making the transition from being a youth player to a full professional at the first-team level. The transition is not easy and many players don’t make it – even some of those who are the most promising at the youth level. Some players never get the chance at the professional level and are released. Some get chances at the first-team level but are only able to remain there for a limited time and then gradually fade to the lower levels of the game. 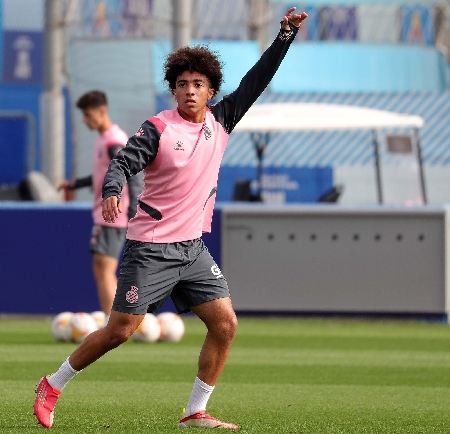 Others, however, do get the opportunity and make the most of it by becoming regular first team players. These players, however, are in the minority.

For Koleosho, it is still too early to say but the early signs are promising. He’s already been invited to train with Espanyol’s first team this season – something only the club’s top players of his age group have been asked to do.

“It's pretty good,” Koleosho said of the first team trainings. “When I first got there and I was able to train with the professionals for the first time, I had to get used to the speed of play, which is much different. And all those guys there are really experienced. You have to just get used to how they play. Also, you have to stay confident in what you do because the reason you got there is because of how you performed, and you just have to keep doing it. Most of the guys in there, they are all good people, and they all help me out. They'll talk to me, tell me what I have to do, what I can improve on, and how to do everything the right way.” 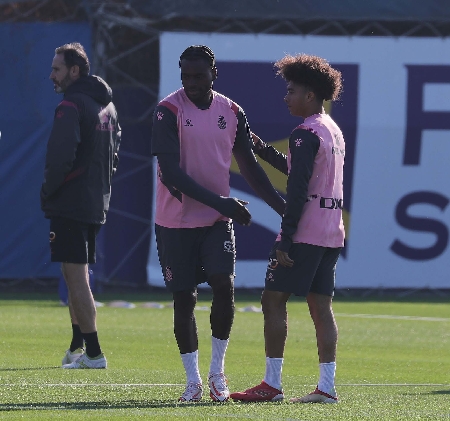 “It just depends on what the staff want to do with me,” he added. “Honestly, I can play with them, but it just depends. Right now, I just have to prove myself at my age and keep progressing. And then it all just depends on if they think it's the right time for me to make the jump.”

In the meantime, there are also other goals that Koleosho has in mind. He is well aware that after a long hiatus due to COVID, the United States U-20 national team is back up and running to prepare for a big tournament next summer that will serve as qualification for both he 2023 U-20 World Cup and the 2024 Olympic Games. As a winger, Koleosho would have tough competition from top young American players such as Cade Cowell and Kevin Paredes.

Koleosho has been called up for U.S. youth national team duty once before but now with tournaments ahead and with him now in a better position at the club level, he is hoping to get back into it in the near future.

“I was with the U-16 back in 2019 and It was really good,” Koleosho said of playing for the United States. “It was my first time and I knew one other kid that was playing in the same league as me in Spain, so I got there with him. And it was it was a really good experience. I think it would be great for me to represent my country and play for them. If they call me, I’d be really happy to go.”