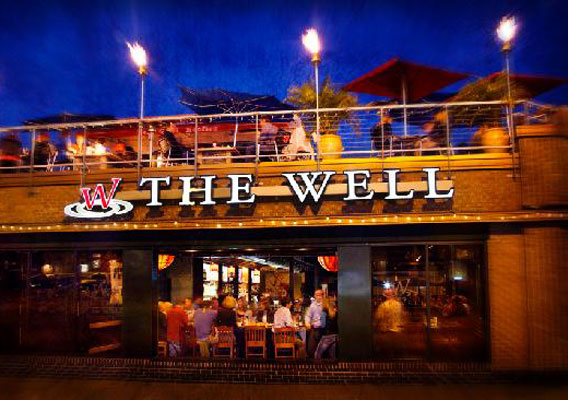 Killing Time in KC: What to Do Before USA-GUA

If you are headed to Kansas City for the United States national team's match against Guatemala, you're going to have some downtime. Clark Goble, ASN's KC insider, offers up some options.
BY Clark Goble Posted
October 15, 2012
9:30 AM

Kansas City doesn't rank among the best sports cities in America, but that's largely the fault of its teams, not its fans.

Every team in the four major sports has made the playoffs in the last 20 years except one: the Kansas City Royals. The Chiefs haven't won a playoff game since 1993. The flashy Sprint Center sits empty, endlessly waiting for an NBA or NHL team to move in.

At least we have Sporting Kansas City.

The support KC has given SKC at Livestrong Sporting Park recently makes you wonder what could be. You can't go far in town without seeing a Sporting blue jersey, bumper sticker, or scarf. The club's piece of the Kansas City sports pie seems to grow by the day.

So if you come to Kansas City to watch the USMNT try to secure a spot in next year's World Cup qualifying regional finals, you'll find plenty of Kansas City soccer fans.

Here's a few tips on what to do around town when you're not at LSP Tuesday night. And yes, a good share of Kansas City is in Missouri. Don't ask.

Note: All locations are plotted on a Google Map at the end of this article.

Bars Charlie Hooper's (Brookside): A bit of a trip from the Legends area and Livestrong Sporting Park, but for dollar domestic drafts on Tuesday nights, it's an economical journey. Just make sure to have a designated driver. Lew's Grill and Bar (Waldo): Looking for a challenge? Venture out to Lew's, where games are always on. Take down a 24 oz. Bubba Lew burger with hand-cut fries and a 84 oz. Das Boot and you've earned a free t-shirt. They'll arrange a cab for you and your stomach. Restaurants

Arthur Bryant's: This is Kansas City barbeque at its finest. This location, a quarter mile from LSP, doesn't have the same tradition-rich environment as the original, but the food tastes just as good. Get here early—the line can pour out the front door during prime dinner times.

Activities Missouri Comets Training Camp (Downtown): Kansas City's indoor soccer team doesn't start its season until November, but training camp at the KC Soccerdome kicks off on Oct. 15. Watch a practice for free and quickly realize that this is soccer on Red Bull. The Negro Leagues Baseball Museum (Downtown): Soccer-crazed fans will still appreciate this incredible reflection on the days of segregated baseball. It's a $10 history lesson that can grab you for hours.

Hotels Holiday Inn Express at Legends West: In KC for soccer and only soccer? Stay here and walk to LSP on Tuesday afternoon. You'll see plenty of red, white, and blue.

Bars The Granfalloon (Country Club Plaza): It can get crowded late night, but this bar caters to anyone who loves sports and bar food. On a nice night, sit at a table outside and peoplewatch. The Well (Waldo): There aren't many spots in KC better than the rooftop deck at The Well. Even if it's chilly, the heaters keep you warm enough. Restaurants Chiusano's Brick Oven Pizzeria: A bit pricey, but good for families. Try the Snooty Coyote pizza, topped with Kansas-raised elk sausage, brie, and mozzarella, or the spicy Sporting KC pizza. Activities Wander the Country Club Plaza: You'll have to drive from the Legends area to get here, but it's well worth the trip. Beautiful architecture, stylish restaurants, and plenty of shops to explore. Hotels Kansas City Marriott Country Club Plaza: Great accommodations and a short walk to the heart of the Plaza.

Bars Hooters: You know what you're getting when you walk into a Hooters. Don't accept the mediocre standard with better options both nearby and a short trip away. Restaurants Bob Evans: If you're in this part of the Legends and decide to go to this chain over the nearby Arthur Bryant's, you'll forever regret it. Activities The Beast, The Edge of Hell, and other haunted houses (Downtown): 'Tis the (pricing) season for haunted houses, but you'll laugh at the scare tactics more than actually being frightened. The scariest part? The guy who swallows rats outside. Seriously. Hotels Anything in Overland Park: The sprawling nature of Kansas City makes a hotel's location rather important, especially for a short stay. Prepare for a 30-minute drive to LSP if you pick a hotel in the O.P.
View American Soccer Now Kansas City Field Guide in a larger map

Clark Goble is a freelance writer living in Kansas City. He covered the Houston Astros (yep) for MLB.com this summer.