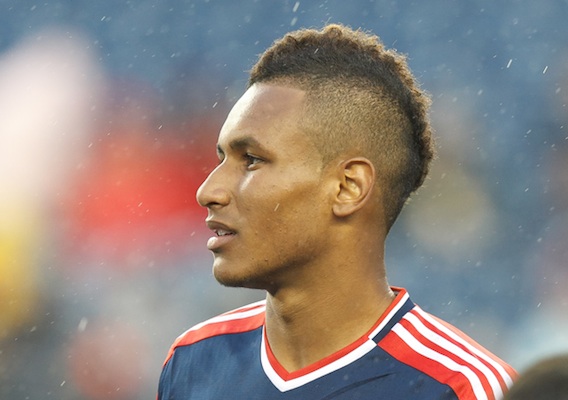 Juan Agudelo was desperate to get to Europe, and perhaps we're all starting to understand why. He scored a real cracker for FC Utrecht today, and we have the video for you.
BY John Godfrey Posted
February 06, 2014
2:12 PM
UM, IS THERE ANY chance we could move the 2014 World Cup to the Netherlands? American strikers seem to like it there. Jozy Altidore erupted for 39 goals in 67 appearances for AZ Alkmaar between 2011-13. And then Aron Johannsson went on a tear for the same club. And now, Juan Agudelo looks like he is about to put on a show for FC Utrecht. He scored a special goal today. He was clever on the ball to create the space, and his shot was an upper 90 laser beam. Dutch defenses are known to be kind, but it wasn't exactly tragic defending on the play. The video is below.
Juan Agudelo by goalsandmore What do you think? Are you coming around to the idea that Agudelo has a shot at the World Cup? Would you like to see him on the roster? Tell us below.