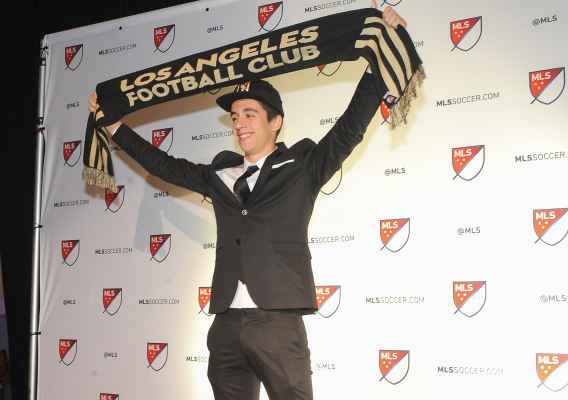 MLS Clubs continue to build rosters with a more foreign feel and that approach was highlighted in Friday's SuperDraft where seven foreign players were taken in the first round including Portuguese fullback Joao Mountinho who went first overall.
BY Mark Fishkin Posted
January 20, 2018
4:30 AM
Young players from overseas have long used NCAA Soccer to prolong and relaunch their careers in the US. Last season, internationals like Abu Danladi (Minnesota United) and Julian Gressel (Atlanta United FC) came through the MLS SuperDraft to find success and make a difference with their respective clubs.

On Friday in Philadelphia, the 23 MLS clubs selected seven international players over the first fourteen picks in this year’s draft, then six more in the second round as teams hoped to find impact players from the collegiate ranks.

LAFC selected Portuguese defender Joao Mountinho out of Akron with the first overall pick, then sent $200,000 to DC United for the third selection, where the expansion side took defender Tristan Blackmon from the University of the Pacific.

Two internationals were also selected over the first five picks in the second round: Spanish Midfielder Pol Calvet Panellas of the University of Pittsburgh went to LAFC, and champions Toronto picked German midfielder/defender Tim Kubel out of Louisville.

As MLS clubs continue to build and draw from their own homegrown players in order to stock their rosters, the long term benefit of the MLS SuperDraft would appear to be in question. However, for a passel of internationals, the draft may be the perfect ticket to stardom in North America.