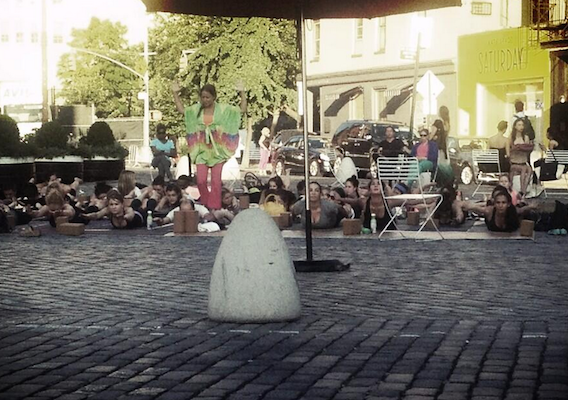 The New York Red Bulls star has deep thoughts about working out on cobblestones, while Jermaine Jones and Eddie Johnson give each other some love and Freddy Adu needs some Old Spice.
BY Jesse Yomtov Posted
June 23, 2013
10:34 AM
10. Joe Gyau: Joe, you’re fired

So my little bro just woke me up to remind me I lost a bet we made after game 3...fml...

8. Jozy Altidore: The boys are back in town

Cobblestone yoga in meatpacking. Cuz that makes a lot of sense. #downwardfacingdumb pic.twitter.com/4mGy5iF620

5. Freddy Adu: Gotta get on that clinical strength, Freddy

Man is there any deodorant that is really antiperspirant? I feel like I've tried everything lol. Killing my swag game lol

4. Stu Holden: If you needed proof Stu is ready to roll, this is it

3A and 3B. Eddie Johnson and Jermaine Jones: This is teamwork on getting your followers up

2. Terrence Boyd: We’ve been saying it for a month. USSF, please get these guys some entertainment!

1. Alejandro Bedoya: A truer statement has never been written.