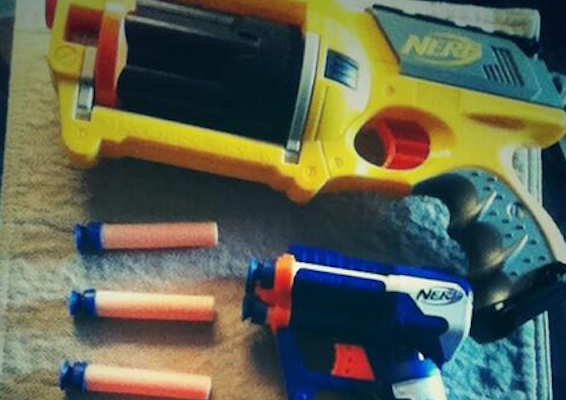 George John Blows off Some Steam with Nerf Guns

The FC Dallas defender finds the kid in himself and heads to the range to work on his shot. Elsewhere, members of the United States national team shop at T Joe's, find Elvis, and more.
BY Jesse Yomtov Posted
May 11, 2013
11:35 AM
10. Heath Pearce: Jokes on jokes

“@robbierogers: Great meeting with the owner and president of Chicago today. Genuine and amazing people.” Someone owns the city?

"Well, I could be wrong, but I believe, uh, diversity is an old, old wooden ship that was used during the Civil War Era"

It’s kind of ghetto that I like the smell of gasoline, huh? ????

7. DaMarcus Beasley: Hookah gets a thumbs-up as a bro-bonding experience… Don’t smoke though, kids

@heathgpearce thats all u bruh.. Jus forget bout the lil ppl! The hookah will b lit n ready next time i see u!

6. Joe Gyau: I actually bought the 5s and was going to wear them out in D.C. until I saw this…

Everybody from the metro area be safe with your new shoes.. Don't walk around late at night with a pair of grape 5's or foamposites

5. George John: Whoa, be careful with those

Heading out to the range to blow off some steam and practice my shot... twitter.com/GdoubleJohn/st…

2. Robbie Rogers: There is nothing wrong with this. Trader Joe’s is heaven.

You know you're getting old when all you want for ur bday is Trader Joe's gift cards. #excitingstuff

Look who I met at the airport in Oslo! Some people just keep on living ... and never leave the building twitter.com/MixDiskerud/st…