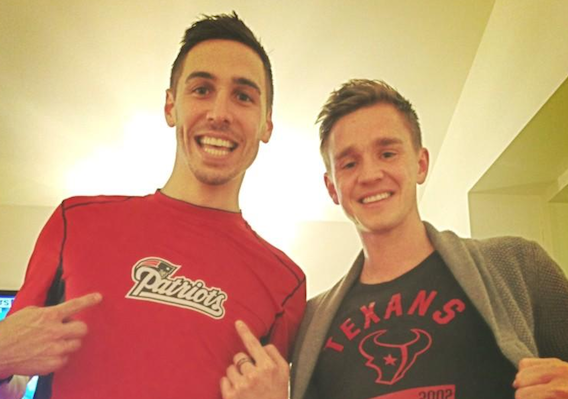 In the latest edition of the best USMNT player tweets of the week, two English-based talents face off in the other type of football and Omar Gonzalez wishes Bill Hamid would quiet down.
BY Jesse Yomtov Posted
January 19, 2013
7:23 AM
10. Brad Evans—Tackling real world issues from January camp:

Stop asking why Lance lied. Egomaniacs lie. That's what they do.

Note to self: don't eat cereal with chocolate milk ever again...

8. Heath Pearce—In 2009, he and the club couldn’t finalize a deal before the end of the summer transfer window:

7. Brek Shea—But will these skills (reportedly) translate to the Premier League?

I probably grill the best chicken in the south.....

6. Alfredo Morales—Apparently they’re better at putting on socks in Germany:

@jagudelo11 I'll help you tomorrow bro! I got some german skills

Ran into Craig Robinson over by Hermosa Beach the other day twitter.com/wbruin/status/…

I refuse to add to the Manti Te'o bashing with a sarcastic or hurtful comment. In other news, me w/ my 3 best friends! twitter.com/DaxMcCarty11/s…

1. Omar Gonzalez—It’s impossible not to laugh picturing this scenario:

Trying to get a nap in before our next training session... @billhamid28 stop screaming over fifa!