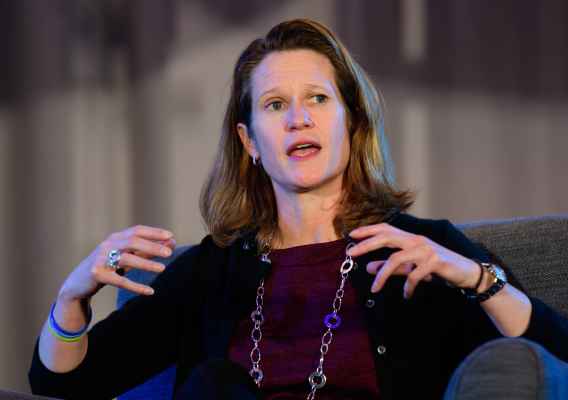 It will be known tomorrow which candidate will succeed Sunil Gulati as the next president of U.S. Soccer. The campaign has been terrible and it has revealed a lot of unpleasant truths about the divided lanscape of soccer in America.
BY Brian Sciaretta Posted
February 09, 2018
9:30 AM
THIS WEEKEND WILL finally bring us the end of U.S. Soccer’s presidential campaign which we can probably all agree has been an ugly period for the federation. Of course the aftermath could also be terrible but that is a topic for next week.

It was to be expected that after the U.S. national team’s failure to qualify for the World Cup there was going to be heated debate about reform that was needed. Despite that, the tone of this election and the infighting among various sectors of the fanbase has been particularly disappointing.

Outgoing president Sunil Gulati stirred the pot recently with a speech where he lambasted the current campaign without mentioning specific names. He made some good points but also failed to address the roots of the U.S. team’s collapse. Instead he merely focused on the loss to Trindad & Tobago instead of talking about how the entire cycle was poor and that his own track record of selecting national team coaches has been awful.

In this campaign, there is talk about issues such as promotion/relegation which has always seemed to be a somewhat magical solution for its very vocal supporters. There is also talk of a August-May schedule which would have a hard time working even with a winter break due to the fact many markets would need a winter break longer than the current MLS offseason.

Lost in a lot of the talk is issues that are critical – like reducing the costs to obtain coaching licenses which in turn would reduce costs to youth teams and allow for a reduction of fees. Also engaging at the youngest levels to make the game more attractive at a serious level to younger kids. Participation in American football is in the decline and U.S. Soccer would be best served to try to fill that void.

But perhaps the most important issue facing U.S. Soccer from a national team perspective is hiring a two technical director that can oversee the men’s and women’s program.

Gulati has been making the highest decisions in that regard and that was the reason for his downfall. Gulati botched the USMNT hiring badly in 2006 when he publically went after Jurgen Klinsmann and shut down the U.S. team for seven months in the process, but couldn’t seal the deal. He ended up with a better coach in Bob Bradley, but Gulati looked bad. When he hired Klinsmann in 2011, it looked like tunnel vision given Klinsmann’s less than stellar record over the previous five years and then he hired Bruce Arena again in 2016. Arena was dealt a tough hand but he also under delivered.

A technical director that can oversee the men’s program, monitor the player pool, monitor scouting, have a long-term vision for the team, and hire/fire a coach to implement that vision. That would essentially carve out the USMNT and its youth teams from the direct control of the U.S. Soccer president.

Of course, all of the U.S. teams are affected by U.S. Soccer’s president even with a technical director. There are issues such as budgets and various player development topics that are “big picture” that are still vastly important for the federation. But with a solid technical director, the U.S. team and youth teams will be largely isolated, and that is a good thing.

Unfortunately it won’t be ending anytime soon. There is a very high chance Kathy Carter wins on Saturday and that is going to displease a huge percentage of the fanbase for a long time. And Carter has done little to quell the concerns in her empty-worded interviews or her tone-deaf idea to have Casey Wasserman lead an “independent” review of the federation. On the opposite end of the spectrum, Eric Wynalda’s campaign has been overly harsh on the rhetoric, light on specifics, and drenched with the idea that he is qualified because he played in a World Cup.

This whole campaign has been ugly from the current president, to the candidates, and also to the fans that have been infighting to the point of name-calling and finger pointing. It’s been very revealing, and not in a good way.

USMNT to face Ireland in June


Unfortunately, the anger and pain over missing the World Cup and the subsequent presidential election will last through this summer’s World Cup. After the final, all of the teams will be back on equal footing again.

But the U.S. national team needs to play games to turn the page and focus on what ultimately really matters. That’s why it was welcome news when the FAI announced that the Irish national team was going to host the U.S. team this June in Dublin. Combined with a likely friendly against France in Paris, the U.S. team is going to have some fun games before the World Cup.


Geoff Cameron wrote a column that was spot on when he said MLS needs to focus on selling top young players and reinvesting in youth development.

His point was especially strong when he said this is not a slight on the league either. A lot of very good leagues sell their best young players. If MLS does that, it is a sign of growth, not a knock. It doesn’t mean it is less interesting or not worth following.

Cameron is still proud of his time at the Houston Dynamo and credits it with getting him to the Premier League. We need more examples of that.

Finally, he also mentioned that the next coach needs to end the internal divide that exists on the USMNT between players based abroad and players based domestically. Amen.


Cameron, so comfortable speaking his mind, was dead on re: vision of #MLS as a selling league. Have to push HG kids to 1st teams, get them playing time, then sell & reinvest into youth development. No issue with mimicking NED or FRA leagues.https://t.co/UmV3pulat7