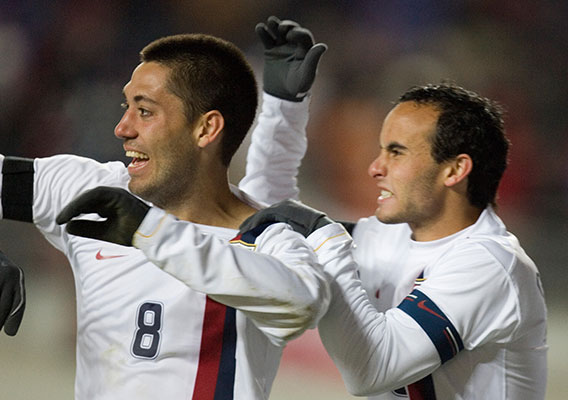 The Seattle Sounders owner loves soccer. He also, apparently, loves photography. Combine the two and you get some great photos of the United States men's national team in 2006.
ASN Slideshow

BY Noah Davis Posted
September 20, 2013
11:20 AM
There we were, watching HBO's excellent feature on the Seattle Sounders this weekend when Drew Carey popped up. Obviously. He owns the team. But Mr. Cleveland Rocks shared a secret with Bryant Gumbel: In 2006, he shot photos of the U.S. team under the name Brooks Parkenridge. Being the freelance detectives that we are, we decided to do a very cursory search of ISI Photos, our excellent photo provider. And sure enough, there were 109 photos credited to one Brooks Parkenridge. Far be it from us to keep this joyous occasion to ourselves. We picked the best ones over on the right there. Click click click.