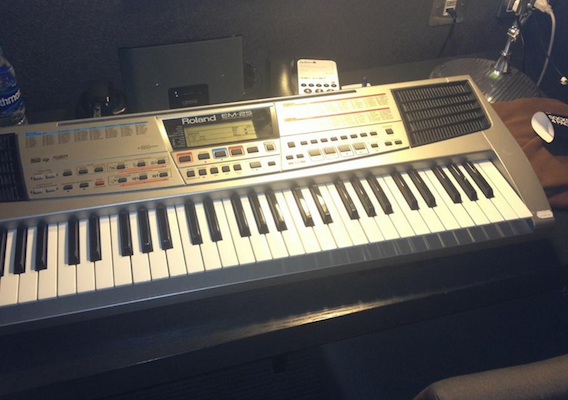 The young American striker picks up a nice new toy while he trains at Celtic; Terrence Boyd starts a cheeky battle with Mix Diskerud; Joe Gyau wants a model girlfriend.
BY Jesse Yomtov Posted
November 24, 2012
6:27 AM
10. Sacha Kljestan—Genuine thanks to Sacha for clarifying because we were a tad confused on Wednesday:

Also for those who didn't see the game, I was not sent off with a red card as ESPN reported incorrectly.

9. Luis Gil—He’s 19 and knows more about life than you. Either that, or he just read "Chicken Soup for the Soccer Player":

In the end it’s not the years in your life that count. It’s the life in your years.

8. Sean Franklin—American government homework has got to be a good sign about young McBean’s national allegiance moving forward:

Just Rented it out for my time in Glasgow . Time to get my Beethoven on . #swagg . Yes I can play twitter.com/jagudelo11/sta…

6. Omar Gonzalez—Is there anything more American? This tweet alone should merit a call-up:

I forgot how much I love Oreos and milk. #lifeslittlepleasures twitter.com/Omar4Gonzalez/…

5. Teal Bunbury—For those wondering how his rehab was going (kind of nasty!):

This came out of my knee. #Gross instagr.am/p/SQzu4zJxu4/

4. Joe Gyau—This is three weeks running that Joe has tweeted about the ladies. We think he misses his American wingmen back at Hoffenheim (no pun intended).

Is it bad if I say I wanna see Twilight?

2. DaMarcus Beasley—Word is Klinsmann will give him three more caps if he can flip a shrimp into his pocket:

1. Terrence Boyd- This kicked off a bit of hilarity and awesomeness (http://prosoccertalk.nbcsports.com/2012/11/22/terrence-boyd-and-mix-diskerud-are-talking-trash/):

Off to Norway to beat @mixdiskerud