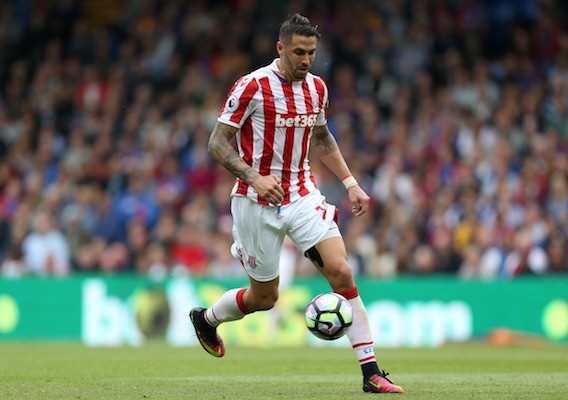 Three key players showed well overseas this past weekend—and the timing couldn't be better for Bruce Arena and the U.S. men's national team. Brian Sciaretta provides the essential updates below.
BY Brian Sciaretta Posted
March 07, 2017
6:30 AM

UNITED STATES men's national team manager Bruce Arena was likely smiling this past weekend as he watched events unfold overseas. One of his starting defenders returned to live action while two key attackers scored in the Bundesliga.

Was it perfect? Far from it. Among regular national team players, Timothy Chandler and Eintracht Frankfurt are continuing to spiral downward. DeAndre Yedlin did not start for Newcastle—although that was probably just squad rotation as he’s been performing well.

Among the next generation looking to break through, it was not so hot aside from the consistently impressive Emerson Hyndman at Glasgow Rangers.

A brief run down: After making the Eredivisie Team of the Week the last two weeks Matt Miazga and Vitesse took a step back in a loss to PEC Zwolle. Desevio Payne seems to have lost his starting spot at Groningen. Rubio Rubin has not started for his new club, Silkeborg. Paul Arriola was an unused substitute for Tijuana in a 3-2 loss to Omar Gonzalez and Pachuca (Americans Michael Orozco and Joe Corona started for Tijuana). Premier League hopefuls Camerom Carter-Vickers and Lynden Gooch were not in the 18 for Tottenham and Sunderland respectively.

That being said, the positives far outweighed the negatives. Right now the national team is in a position where it has to win right now. And the players who are expected to perform right now are doing just that.

Fabian Johnson has plenty of reasons to celebrate. On Thursday he welcomed a son, Sean, into the world and on Saturday he scored two goals to propel Borussia Monchengladbach to a 4-2 over Schalke.

His first tally was a great cut into the box and a clinical finish.

Johnson has not been an automatic starter the past five months for Monchengladbach but this is clearly a way to get onto the field more often as he club looks to push to the Europa League spots in the Bundesliga.

For the U.S. national team, the timing could not be better as the crucial March games approach. Johnson still remains perhaps the best American attacking player but will Arena play him in the back or in the midfield?

The weekend kept giving for Bruce Arena. After Geoff Cameron made a brief cameo last week for Stoke City in a brutal 4-0 loss to Tottenham he returned to the starting lineup on Saturday against Middlesbrough for the first time since October 22.

Playing in the defensive midfield, Cameron was sharp and helped his team to a convincing 2-0 win over the relegation-threatened club. The three points moved Stoke City into ninth place in the Premier League.

Cameron, 31, is likely to be used in the backline by Arena alongside John Brooks but the fact the top two central defenders are back on the field is great news for the new coach as these upcoming games will go a long way toward determining whether the U.S. team gets to Russia next year.

Christian Pulisic has started fewer games for Borussia Dortmund in 2017 than had before the winter break. And that is fine as the teenager is being tested and forced to raise his game in the Bundesliga.

On Saturday he responded by coming off the bench and scoring a goal and registering an assist for Dortmund in a 6-2 rout over Bayer Leverkusen. His effort can only lead to more playing time.

Relegation fodder Hamburg need all the points it can get and following an 8-0 loss to Bayern Munich last weekend followed by a midweek elimination from the German Cup, it was easy to think the team’s confidence would be in rough shape.

With Bobby Wood back in the starting lineup, Hamburg pulled off an upset over John Brooks and Hertha in an entertaining game that saw Brooks and Wood take each other on in the run of play. Both are close friends on the team (especially when Wood played in Berlin for Union), both are 24, both made their U.S. debuts on August 14 against Bosnia, and both were among the top American prospects during their younger days.

This was the first time they have played against each other and this time the advantage went to Wood who had a good game and was influential in the build-up of the game’s only goal.