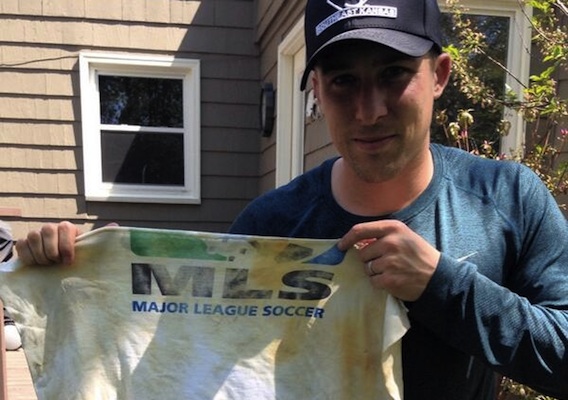 Ligue 1 can run circles around Germany and England when it comes to cuisine.

Nice to see that Mr. Feilhaber has a good attitude about his World Cup chances.

Maybe he could try some of that Oberto stuff Clint Dempsey is hawking these days...

Emma Stone wins no matter what.

If your having a bad day, bad week, or just need cheering up. Watch this! http://t.co/3Mqvq7q2SN

The thoughts of all Chelsea fans this week.

Well This is not going according to plan. #ChampionsLeague

First shot in the 3rd annual Men in Kilts Fundraiser! More to come! To vote check out… http://t.co/PHVyBaV72Q

Well technically, Chelsea are the lions.

Wow!! Madrid look like Lions right now! I knew this would happen

Another innovative hashtag, the Revs are on fire right now.

Huge event for soccer in the United States.

2016 Copa América Centenario is gonna be amazing. Really looking forward to that. 2007 Copa America was a great experience.