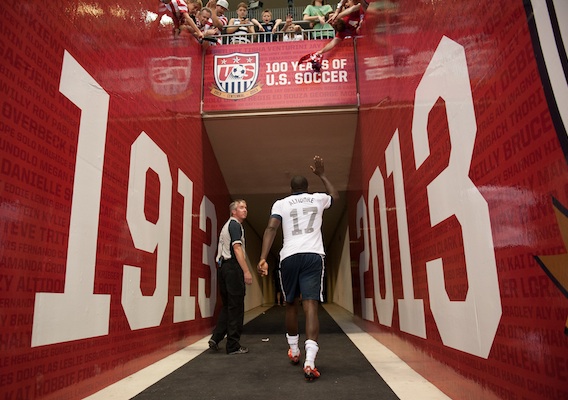 The United States national team striker continues to ponder his future with an English Premier League squad entering the fray; ASN gets you ready for the Gold Cup; a midfielder moves closer to return.
BY Noah Davis Posted
July 03, 2013
7:53 AM