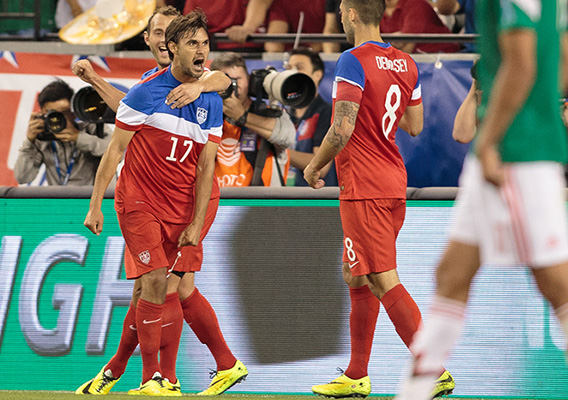 Another edition of "Dos a Cero" wasn't meant to be, as the U.S. couldn't hold its 2-0 lead Wednesday against Mexico; A certain 18-year-old showed promise but also inexperience in his first international match.
BY Jesse Yomtov Posted
April 03, 2014
8:07 AM