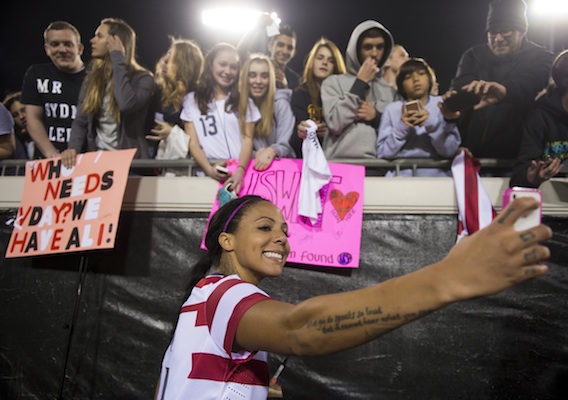 The United States women's national team forward gets herself into a bit of controversy over a goal celebration; the men head to Jamaica; Robbie Rogers just wants to play you know?
BY Jesse Yomtov Posted
June 04, 2013
8:21 AM