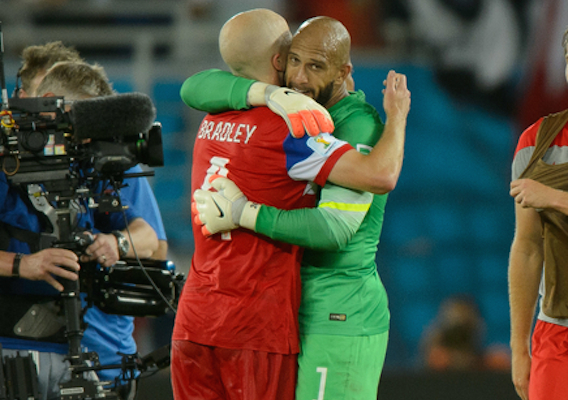 The midfielder might have lost the ball at the last moment against Portugal, but it's hardly fair to call everything his fault. Plus, photos, tweets, DaMarcus Beasley's silence, and caipirinhas.
BY Noah Davis Posted
June 25, 2014
8:28 AM