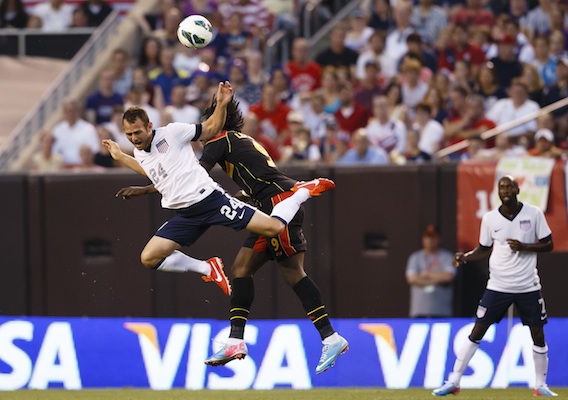 The European squad comes into Cleveland and shows the American team how much it needs to improve. Jurgen Klinsmann thinks the loss ain't no thang, sort of, while everyone else freaks out per usual.
BY Noah Davis Posted
May 30, 2013
10:12 AM