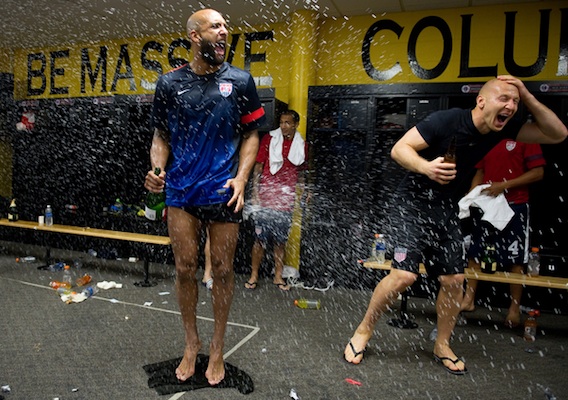 Someone special turns one today, so we found this sweet picture of Tim Howard and Brad Guzan in honor of the occasion. Elsewhere, we hear from Herculez Gomez, the geniuses at FIFA, and some wankers.
BY Noah Davis Posted
October 04, 2013
8:34 AM