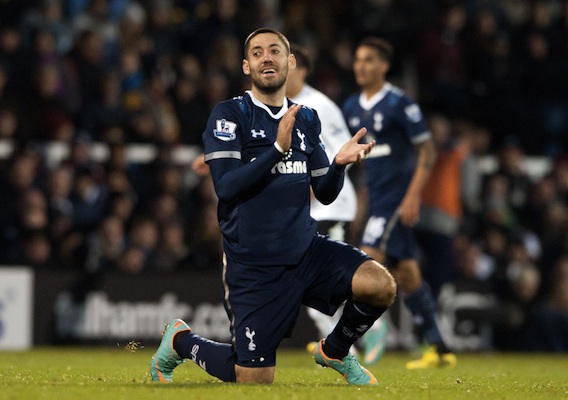 The American star misses a match with Tottenham due to injury but will be back in time for the World Cup qualifiers; Tab Ramos leads the U-20s against Canada in a must-win; JAB for America?
BY Jesse Yomtov Posted
February 26, 2013
8:45 AM