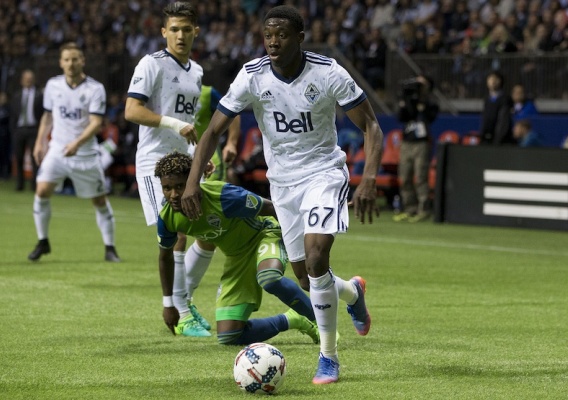 Week 5 of the 2018 MLS Season is now in the books and that means another edition of the ASN MLS Minutes Matrix - which is your guide towards how minutes are allocated across all the different teams. With the season a month old, the picture is becoming clear.
BY Brian Sciaretta Posted
April 03, 2018
5:00 AM
WITH THE COMPLETION of Week 5, the first month of the 2018 MLS season is now complete. As the weeks pass, the picture becomes clear as to what the makeup of the league really is.

The quality of the league has been impressive this year. The influx of TAM players combined with designated players has made a big impact. But is the league giving American and Canadian players a chance to play? Is the league young enough where the next generation of players can develop?

Everyone’s definition of what they want the league to look like is different. But here is the data as to who is playing in the league in terms of various age groups as well as a foreign/domestic breakdown.


- What we are seeing here is fairly consistent trends emerging. In the first five weeks, the average weighted age of the league has never fallen below 26 and has never risen above 27.
- In terms of young domestic minutes, Week 5 was not a good week. The percentage of minutes given to U-23 domestic players was at 5.54%. While that is decent compared with last season, it was the lowest percentage of the season, by far. Generally, it was not a good weekend across the board for young players compared with the first four weeks.

- Philadelphia continued to go young this year and played three teenage Americans on Saturday. 2017 U-20 World Cup defender Auston Trusty continues to be a mainstay but he was joined but current U-20 left back Matt Real and midfielder Anthony Fontana. The bad news, however, is that the Union did not play well in a 3-0 loss to Colorado.
- NYCFC is the best team in the league. It is a young team but very foreign with many of its domestic numbers coming from goalkeeping and Saad Abdul-Salaam. With heavy investments in its youth teams, will there be a pathway to bring them into the first team?