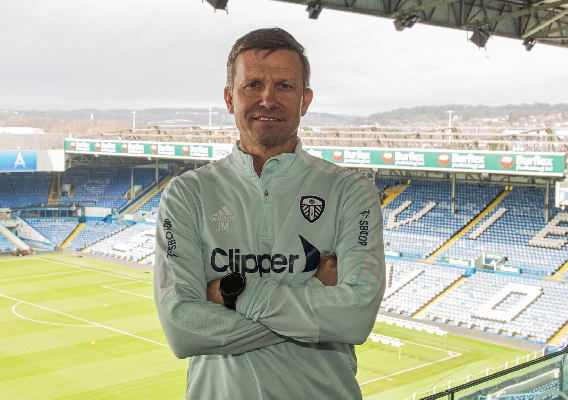 The legendary Marcelo Bielsa was fired as the head coach of Leeds United on Sunday and American Jesse Marsch was hired as his replacement. Now Marsch has the opportunity to succeed in the Premier League and raise the bar for American coaching - but it won't be easy. ASN's Brian Sciaretta breaks it down.
BY Brian Sciaretta Posted
February 28, 2022
6:55 PM

ON MONDAY, Leeds United announced that it had hired Jesse Marsch to be the team’s next manager after the club fired Marcelo Bielsa on Sunday. The news had been widely speculated in the English media but now the Wisconsin native Marsch will look to lead a struggling Leeds team that has been pulled into a relegation battle.

After stepping down from the RB Leipzig job on December 5, 2021, Marsch will be coaching his third team inside of a year. Last season he won his second straight Austrian Bundesliga title with Red Bull Salzburg. After the season, he was moved further up the chain of the Red Bull empire and took control of a Leipzig team that finished second in the Bundesliga.

The team never looked in-synch under Marsch and in the Bundesliga it had a record of seven wins, four draws, and six losses before he stepped down.

Marsch has been a groundbreaking American manager as he was the first American-born and raised manager to have a Bundesliga job, win a league title in Europe, and manage in the group stages of the UEFA Champions League. He made the move after succeeding as a manger in MLS with the New York Red Bulls which he led to a Supporters Shield in 2015 and was the League’s Coach of the Year. In 2018, he left midseason to take the assistant job at Leipzig but the team would later finish the season with the Supporters Shield. 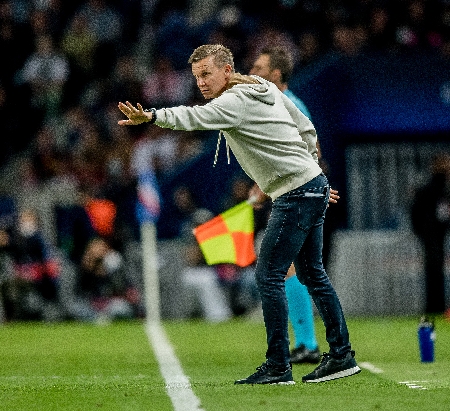 Marsch will become just the second American born and raised manager in the Premier League behind Bob Bradley’s brief stint at Swansea City where he was hired shortly into the season but was fired before he even had a chance to improve the team in the transfer window. The only other American manager in the Premier League was David Wagner at Huddersfield. Wagner played for the United States national team in the late 1990’s but was born and raised in Germany.

At Leeds, he will follow Marcelo Bielsa – who was very popular with the fans after having been the manager since 2018 where he oversaw their promotion in 2020. That effort ended the club’s 16 year absence from the Premier League.

This season has been difficult for Leeds under Bielsa. The team has conceded 60 goals over 26 games (the highest in the league by five) and has lost four in a row. The team had been struggling immensely and the defense has been out of control – having conceded 20 goals over its last five games. Despite the struggles, Bielsa remained popular with the fans and his sacking was met with criticism among large segments of the fan base.

Marsch has a huge opportunity and perhaps he can be the first American manger in the Premier League with staying power.

Here are some thoughts on the move.

Jesse Marsch must come in right away and fix the team’s defense. That is by far the biggest problem for Leeds and the team is bleeding goals every single game over its past five. He won’t have the ability to make any roster changes until the summer so he must make do with what he has. 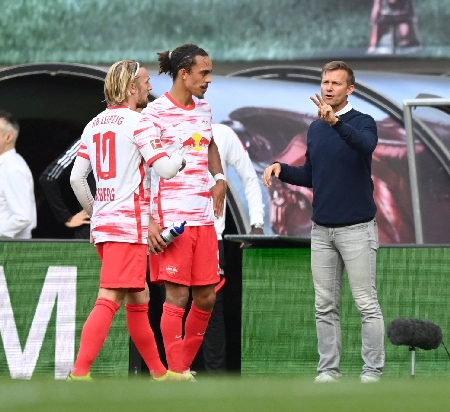 But what Bielsa had with the players at his disposal were not defending. In earlier season with Bielsea, the team had speed in transitions, and could defend as a unit. Lately, the team was terrible getting back into defensive shape once it lost the ball.

Marsch will have to implement a system that focuses more maintaining defensive shape and might not be as aggressive offensively.

Leeds is technically two points clear of the relegation zone (ahead of both Everton and Burnley by two points) but has played two more games than both of those teams. By all metrics, Leeds United is in worse shape than it looks in the standings and it is trending in the wrong direction.

Here is the key takeaway: Leeds United has a manageable schedule over its next five games. After that, it will become more difficult. Over its next six games, Leeds does not have to play a team inside the top seven while it will also get to play twice against teams in the relegation zone (Leicester, Aston Villa, Norwich, Wolves, Southampton, and Watford). 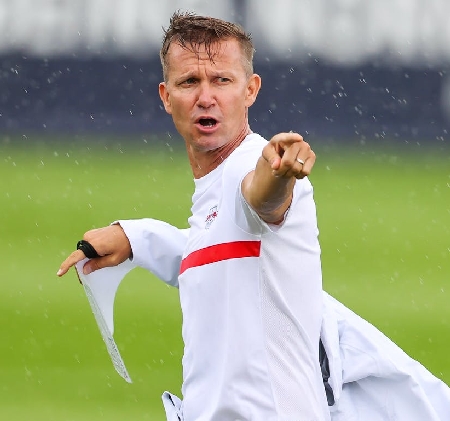 After those six games, three of the next four will have games against Chelsea, Manchester City, and Arsenal. The final two games will be manageable against Brentford and Bright & Hove.

But clearly, the best prospects of survival will be determined in those next six games. If his team is in the relegation zone come the portion where three of the four games are against top teams, they’re going to be in trouble.

If Marsch can keep Leeds United in the Premier League, it will be successful, and he will likely be in the good graces of Leeds fans at least to start 2022/23. There will always be some who won’t warm up and he will unfairly be surrounded by Ted Lasso jokes. Even if he succeeds, he will always be a few losses away from a hot seat – which is true for most Premier League managers.

Marsch is an American trailblazer but to do that, he will need to take risky jobs. He is doing that here. He is replacing a legend and will need to get a team to reverse course after spiraling out of control defensively. 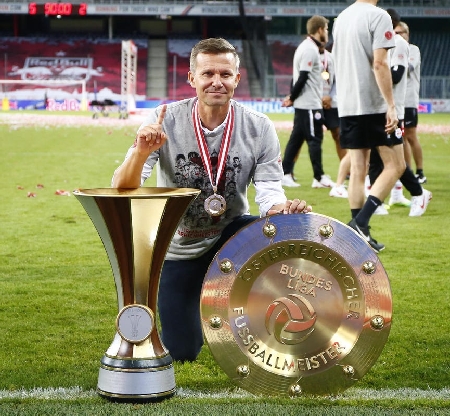 It should also be noted that Marsch is not used to controversy. Every job he has ever taken has been met with a wave of skepticism. That famously started in New York when he replaced a club legend in Mike Petke (who won the Supporters Shield the year before) and it started a revolt among the club’s supporters. His initial hires in Salzburg and Leipzig were not viewed favorably at the time.

But a big part of what will determine Marsch’s success in Leeds will be showing that he learned from his struggles at Leipzig. He managed big players in New York and in Salzburg – Tyler Adams, Thiery Henry, Dominik Szoboszlai. But at Leipzig, there were egos to manage, and the overall talent was a step-up. It wasn’t just having an individual star or two. Leeds isn’t a Champions League team like Leipzig (or even Salzburg), but this is the Premier League.

Can Marsch get players in the biggest league to buy into what he wants to do? If not, does he have a Plan B? Can he adapt to different situations? Marsch is smart and is a student of the game, and any student will tell you that you learn more from mistakes and struggles than from successes.

This is a defining exam for Marsch as a student.