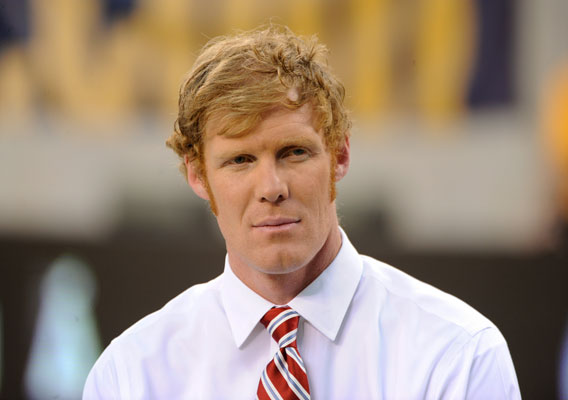 The ASN 100 rankings are intended to spark conversations, so let's have one right here. We asked ESPN analyst and U.S. national team veteran Alexi Lalas a few questions about his choices.
BY John Godfrey Posted
November 13, 2012
3:43 PM
1) Name one player you think should be ranked higher. Why?
Brad Evans (No. 64). He has a simplicity and composure in his game that I think would translate well to the international level. He often get's overlooked in the Seattle midfield but he does a lot of little things right and has improved each season. 2) Who do you think should be ranked lower. Why?
Jose Torres (No. 24). I think he is a player that lacks the ability to adjust. For all his abundant talent, it is often only useful at certain times and under certain circumstances. The problem is that every game of soccer is imperfect. 3) Name a player who you had in your 100 that didn't make the list, and argue for his inclusion.
Luis Silva. He was still able to consistently draw attention as a rookie in 2012 despite a disastrous situation this season in Toronto. His attacking ability and size makes him unique and he always seems to be dangerous going forward. Interested to watch him progress. 4) Clint Dempsey beat out Michael Bradley by one point for the top slot. Who ya got? And why?
I have Bradley at No. 1. I think he's evolved into the smartest and most important player the U.S. has playing. His economy of motion and decision making on the ball has been refined to the point that he seems to be operating on a different level. On the USMNT, I have no problem playing without Dempsey, but I can't say the same about Bradley.