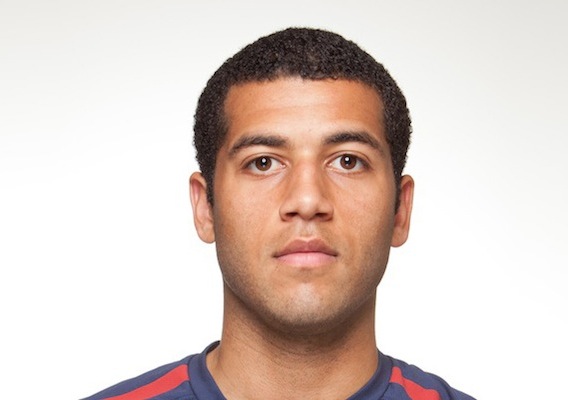 Brian Sciaretta checks in with the young German-American as the former United States U-23 forward prepares to line up for Sandhausen against the Kaiserslautern squad that loaned him out.
BY Brian Sciaretta Posted
October 18, 2012
9:18 AM

With the 2.Bundesliga season set to return to action this weekend after the international break, one player American fans will surely want to keep an eye on is Sandhausen forward Andrew Wooten. He currently ranks 98th in the ASN 100.

Wooten, 23, signed a three-year contract this past summer with FC Kaiserslautern. He broke through with the club’s first team last year but the relegated squad sent the forward to fellow 2.Bundlesliga club Sandhausen on a season-long loan.

The season started slowly for Wooten, but he finally got a chance to start for Sandhausen in the final match before the international break. He played out of position on the right wing but got an assist. On that key play, he showed great skill with the ball to beat his defender out wide and sent in a perfect pass. Wooten won man of the match from attending media. Kicker, German’s top soccer publication, gave him an stellar 1.5 rating (1-6 scale with 6 being the lowest and 1 being the best) and named him to their 2.Bundesliga team of the week.

For Wooten, it's been a simple transition to Sandhausen.

“It was really easy,” Wooten told ASN. “I’ve lived in the region for around 15 years. Sandhausen and Kaiserslautern are not really far away from Worms, where my parents live. And the team was very kind and good to me from the first day. So it was really no problem at all.”

Historically a club that has been in the lower levels of German soccer, Sandhausen is coming off the best season in club history last year when they won the 3.Liga title and earned promotion to the 2.Bundesliga. Through the first nine games of the 2.Bundesliga season, Sandhausen are in 14th place with nine points. Just one year after promotion, Wooten believes that the team can finish respectably in midtable. “My goals are to play as many games from beginning as possible and score as many goals as possible, Wooten said. “At the end of the season I expect us to finish between 8th and 12th place. Hopefully I’m right.” Moving forward, Wooten is not sure where Sandhausen manager Gerd Dais will play him. And that's OK with him; he just wants to be on the field.

“My favorite position is basically center forward, of course,” Wooten said. “But I can play on the right wing if the coach puts me there and if the team needs me at this position. If so, I will do my best. The main thing for me at all is to stay on the pitch. There is no choice for me.”

This weekend is one of the biggest games of the season for the young forward. Sandhausen travels to Kaiserslautern, and Wooten is expected to play against the club that currently owns his contract.

Wooten believes he will return to Kaiserslautern next year, but he wants to secure three points for Sandhausen even if they come at the expense of Kaiserslautern’s promotional hopes.

“No, it is no problem,” Wooten said of the potential conflict. “I don't think about next year at the moment. I know where the goal is on the Stadion Betzeberg. This is to my advantage.”

If Wooten continues to succeed in the 2.Bundesliga, he could return to the international arena for the United States. Last year, he made his international debut when he appeared for the U.S. U-23 team in a series of friendlies.

Wooten enjoyed his time with the U-23 team, but he is focused on his club soccer at the moment as he knows full well that his performance there will determine whether or not he receives a call from Jurgen Klinsmann.

“It was unbelievable to play for the U.S [at the U-23 level],” Wooten said. “To compare my abilities with the national teams of other countries was very exciting. If Jurgen calls me one day it would be a pleasure and big thing for me. But I don't think about it at the moment.”

Wooten may have been born in Germany, but he is proud to call himself an American. While he only lived in Virginia for a year as a teenager, he has always connected with American culture.

“Well, I feel like an American most of the time,” Wooten said. “I love the way of life in the U.S.—the fashion and the movies. I like basketball and football. I love the big country and the freedom for individuals. Everybody can achieve everything if he wants, if he goes for it.”