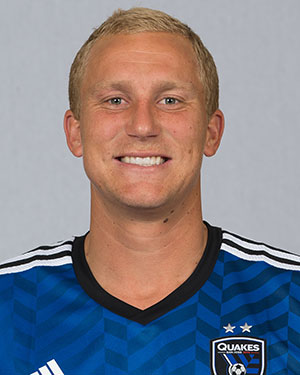 Steven Lenhart has a big head of hair, a big heart, and a big smile. He also has a reputation for being a pest—not necessarily a dirty player, but some would say his play moves into gray areas.

A quote from Lenhart's strike partner Chris Wondolowski sums up the big man: "He’s one of those guys that if you’re playing against him you hate it, but if he’s on your team then you love the guy. He’s always battling and he really likes getting reactions out of people, like if someone fouls him he’ll try to hold their hand to piss them off, and that stuff really gets to people," Wondolowski told FoxSoccer.com.

Much of the credit for Lenhart's improving play goes to Wondolowski and the rest of the San Jose Earthquakes. Lenhart had three decent but ultimately forgettable seasons as a member of the Columbus Crew, but he improved dramatically in 2012. (He was traded to the West Coast in 2011 but missed more than half the season with an injury.) Lenhart fits into the Quakes' scheme, and the Comeback Kids have adopted the striker as their own.

The forward, along with his smile and his hair—Lenhart’s follicles have their own Twitter account: @lenhartshair—could be on their way to a U.S. camp soon. He is starting to get noticed for all the right reasons.—NOAH DAVIS