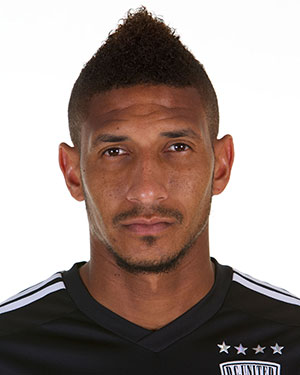 Surrounded as he is by some of the biggest stars in MLS, it’s sometimes easy to forget that Sean Franklin is a strong, steadying influence on the Los Angeles Galaxy backline. Also easy to forget: Franklin, a right back who has played central defense as well, was named Galaxy Defender of the Year and MLS Rookie of the Year in 2008. For the latter award, he beat out the likes of Tony Beltran, Geoff Cameron, and Brek Shea.

Franklin’s early career was filled with promise. A star at Cal State Northridge, he made his first U.S. U-20 roster in 2004, saw action with the U-23 team in 2007, and was called into the full national team (but did not play) for a World Cup qualifier against Guatemala in 2008. Despite all of that, Franklin has just one international appearance to his name, earned in a B team match against Chile in January 2011.

Why hasn’t Franklin progressed further, and faster? A torn hamstring suffered in May 2009 certainly played a big role, forcing Franklin to the sidelines for four months and halting the momentum he established during his strong rookie campaign. In the early stages of 2010, Franklin injured his ankle and missed more time, but he rebounded well and established himself as the team’s first-choice right back.

Franklin found stability—and success—with the Galaxy in 2011, playing in 28 regular-season games, scoring four goals and tallying three assists for MLS’s best defense. An ever-present defender during the Galaxy’s playoff run, Franklin also locked down his side of the pitch effectively in the club’s 1-0 MLS Cup victory over Houston.

Defensively, Franklin checks all the boxes. He has the pace, the steel, and the engine to get the job done, and when he's playing alongside A.J. DeLaGarza, Omar Gonzalez, and Todd Dunivant, the Galaxy are as good a defensive unit as you will see.

Franklin’s offense is another matter. Although he is certainly fast enough to push forward and make dangerous runs, he does not pose a consistent offensive threat. When David Beckham, Juninho, or Mike Magee release Franklin down the right flank, he often outpaces his defender and gets to the ball. Too many of his crosses, however, sail over the penalty area or fly harmlessly into touch. Franklin needs to work on that part of his game if he is going to force his way into Jurgen Klinsmann’s team.—JOHN GODFREY