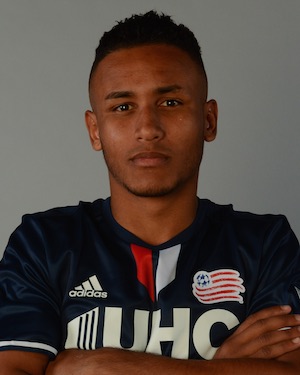 Juan Agudelo doesn’t lack for confidence. Or style. Or potential. Whether because of his outrageous hairdos or his audacious play on the field, the Utrecht forward isn’t shy about calling attention to himself. That said, the Manizales, Colombia-born product is far from a finished product. He needs to focus on refining his game and being more consistent if his production is ever going to match his outlandish talent. That said, time is on his side; Agudelo turned 21 in late Novermber 2013.

Soccerwise, Agudelo grew up quickly. He made two appearances at the 2009 U-17 World Cup in Nigeria. "Nerves only come from poor preparation. I’m prepared. I wasn’t nervous," he told The New York Times in 2010. That year, Agudelo scored against Brazil in a U-20 match, and also earned his first cap for the senior team, netting a goal against South Africa in his debut. (Agudelo is the youngest person to score for the full national team.) He is not awed by talented competition, either: He netted a confident goal against Argentina in March 2011 and became the fourth-youngest man in MLS to start a playoff game before the year was out.

But the rocket-ship trajectory hit some rough air, as Agudelo found himself buried on the Red Bulls bench behind Kenny Cooper and Thierry Henry. True, Agudelo was learning from quality veterans, but he was not seeing the playing time he needed to compete for a spot with the American team. In May 2012, Agudelo finally grew tired of the restrictive Red Bulls situation and asked for a trade. He landed with Chivas USA. And then he was traded to New England. And now he is a Stoke City player who will be on loan with Dutch side FC Utrecht for the end of the 2013-14 season after the Potters tried and failed to get him a work permit.

Agudelo scored three goals in 14 games for Utrecht but it wasn't enough to either secure a permanent contract nor earn him another chance with the national team and he entered the fall of 2014 adrift in his career without a club, a situation that puts all talk of the national team or his goal-scoring potential on hold until it's resolved. NOAH DAVIS

Klinsmann on Agudelo:
"We’re not expecting Juan Agudelo to come into the national team and score every time he plays or perform at the highest international level because we only want to see him step-by-step develop." (August 2011)

"He has a lot of potential, as we often discuss. Obviously it’s up to him, you know? It’s his preferred situation with that move to Chivas; now he’s got to prove it. He’s got to score goals, he’s got to play every game, and it’s now down to him to show everybody that he belongs within the [U.S.] team." (May 2012)

"We always had the discussion that he didn't have enough playing time [in New York]. It's also the fact that he hasn't played many games this year. He got injured in our January camp. He got injured in Olympic qualifiers. You could see that he's slightly behind the other strikers. That's why we told him it's better to fly back to Chivas now and get sharp and get fitter every day. It's up to him. He's got to prove it. He's got to score goals and play every game." (May 2012)